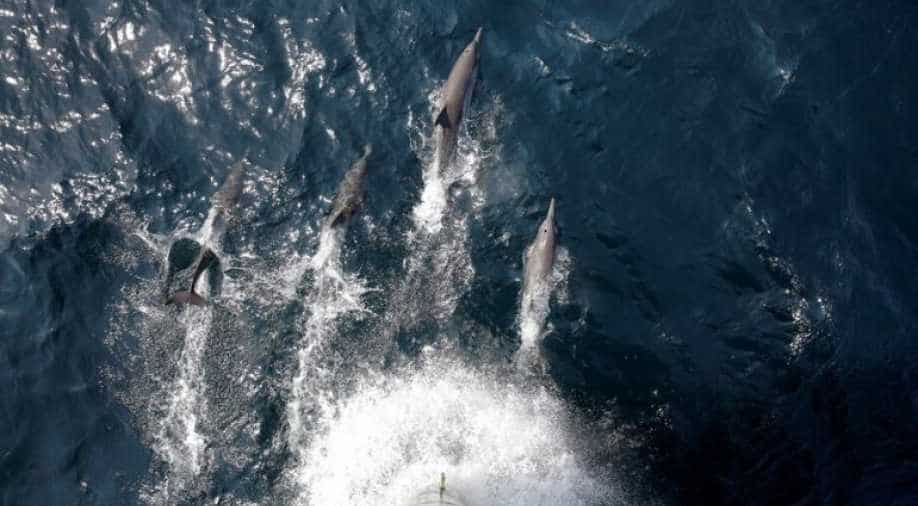 The has been reported that McSorley, who is believed to be from Derry, off the Co Kerry coastline, attempted to swim over five miles from Castlegregory beach.

A 24-year-old Irish man, named Ruairí McSorley was recently rescued after being stranded for over 12 hours in the icy waters of Ireland's Tralee Bay. It has been reported that McSorley, who is believed to be from Derry, off the Co Kerry coastline, attempted to swim over five miles from Castlegregory beach.

However, he was found later wearing his trunks in the cold waters and a pod of dolphins had surrounded him, it appeared like they were trying to protect him.

Hypothermic and exhausted McSorley was spotted by rescuers who plucked him from the water on Sunday as they called it a "miracle" rescue. Fenit RNLI volunteer Jackie Murphy said it had been a 'miracle' the man had survived the ordeal.

However, in turn of events, this particular Irish man has been revealed as the "Frostbit boy", who earned popularity in 2015 because of a viral video in which his comedically thick Irish accent drew attention.

At that time, he also gained more than 3.5 million views in a few days, thanks to the popular clip.

Murphy was clear the man's survival was due to the "brilliance" of RNLI coxswain Finbarr O’Connell. "It's a miracle he was found," she said.

However, speaking to the Irish Independent, Mr ­O'Connell refused to take all the credit, saying: "The crew we have are all excellent. It's good to get a positive result. Normally we go out, and it mightn’t be that positive. We are all just elated."

Mr O'Connell went on: "He was very, very lucky. There is no doubt about it. Another half an hour, and he was a goner. None of us or the medics can believe he ­survived it."