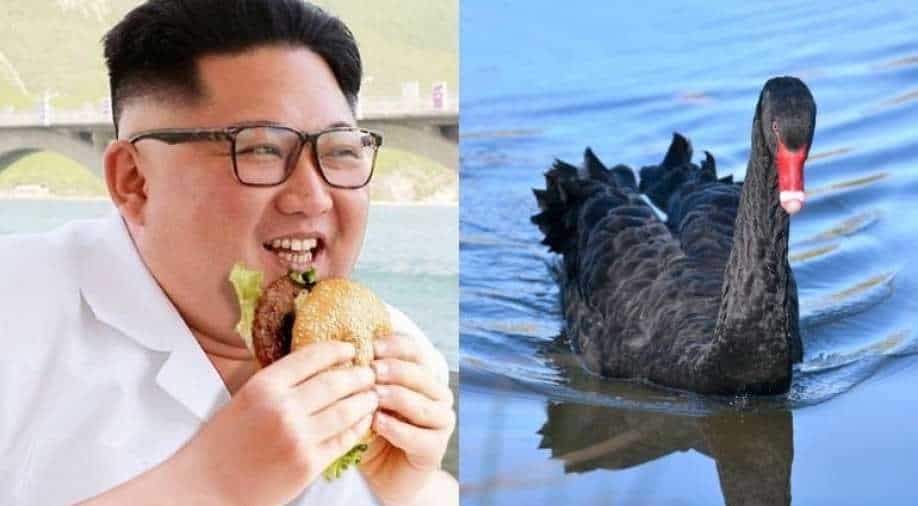 According to the United Nations' Food and Agriculture Organization, North Korea would be short 860,000 tonnes of food this year.

While building industrial-scale breeding factories, the Hermit Kingdom has been promoting the attractive birds as a protein-rich superfood.

At the Kwangpho Duck Farm on the country's east coast, Ri Jong Nam, top secretary of the governing Workers' Party of Korea in the North Korean province of South Hamgyong, established a centre for the cultivation of black swans.

The event, which was shown live on state television, was part of a larger drive to encourage the eating of black swans in North Korea, which is grappling with a self-described "food crisis."

North Korea is also warning its starving citizens that they will have to eat fewer meals for the next several years.

According to Radio Free Asia, this condition, which includes trade restrictions, puts a major strain on the country's 25 million inhabitants, who are already starving to death due to soaring food costs.

According to the United Nations' Food and Agriculture Organization, North Korea would be short 860,000 tonnes of food this year, or about two months' worth of consumption.

Most mispronounced words of 2021 include Eilish and Omicron