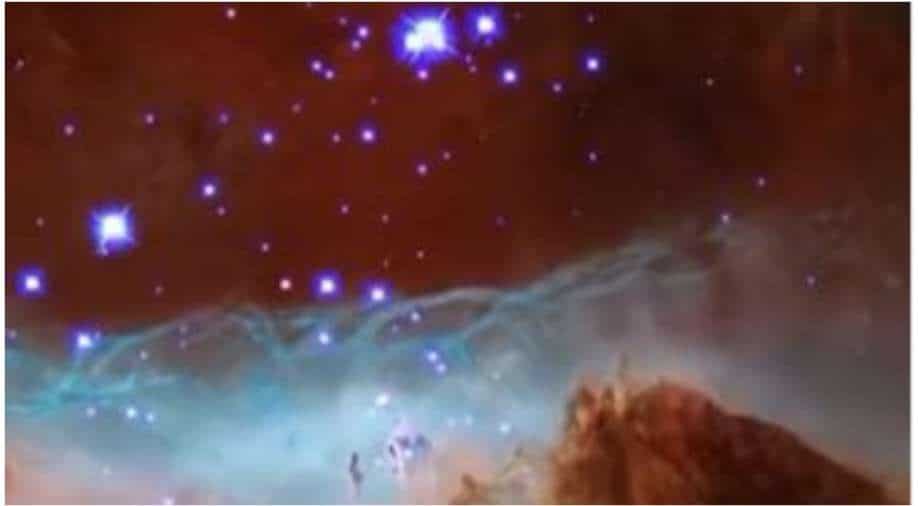 The video resembles one taken underwater. NASA has posted video of a massive star-forming region 165,000 light-years away from Earth

NASA has done it again! The space agency on the forefront of space research has wowed everyone with another of its mesmerising post that unravels wonders of space.

Space is beautiful as much as it is mysterious. We may not have been able to fathom all corners of the space (if there are such corners at all) But what we have been able to spot never ceases to amaze us. The pristine beauty and the magnificence of whatever we are able to see get us transfixed each time.

NASA has posted a video of a 'cosmic reef'. This cosmic reef resembles the reefs we have underwater here on Earth. And at the very beginning of its post, NASA asks us to guess whether the video is 'interstellar or underwater'.

"Underwater or interstellar? Nicknamed the “Cosmic Reef” for its undersea world resemblance, this massive star-forming region in the Large Magellanic Cloud is located 163,000 light-years away. This region features a giant red nebula, NGC 2014, and a smaller blue nebula, NGC 2020, housed in a bustling stellar birthplace..." says NASA in its post on Instragram.

Like always, the post has wowed the online public. At the time of publishing this story, the video had been liked by more than 80 thousand people.