Indian-origin husband forged wife's signature for divorce; she remained unaware about it for 12 years 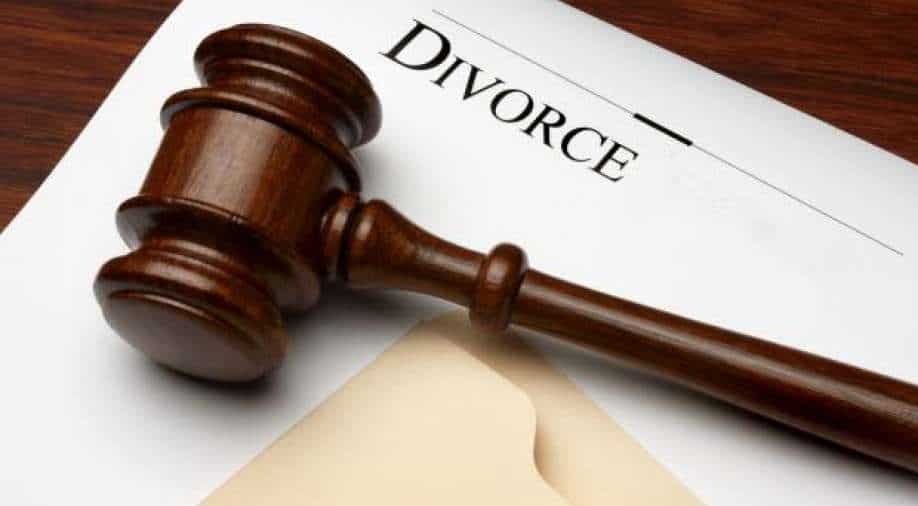 Representative image for divorce. Under a new British law that makes divorce less antagonistic for both parties, couples will be able to get divorced solely on the basis that the marriage has broken down without citing official grounds for divorce. Photograph:( Others )

An Indian-origin husband in Britain forged his wife's signature for divorce about which she remained unaware for 12 years.

The divorce has been set aside by a family court after the judge ruled that the woman had no knowledge about her divorce.

The forgery of her signature has highlighted the possibility that he was a bigamist said the court.

Also read | No application for divorce allowed due to cheating, rules China's court

Judge Moradifar said the husband was ''the only person with opportunity and motive to ensure that the divorce proceeded without difficulties.''

The judgment comes as family lawyers cautioned about the possibility of an increase in fraudulent divorces once the law is changed to remove fault from the process as the majority of applications are now submitted online.

Rachpal and Kewal Randhawa were married at Slough registry office, Berkshire, in 1978.

The couple separated in 2009 but still attended family functions as husband and wife and although there had been rumours that Rachpal had a child with another woman.

Kewal said she knew about the rumours but was unaware that he had remarried another woman in 2011.

Under a new British law that makes divorce less antagonistic for both parties, couples will be able to get divorced solely on the basis that the marriage has broken down without citing official grounds for divorce.

This means that there won't be a requirement for one person to blame the other for the breakdown of the marriage if the couple agrees to a divorce and the divorce is amicable or uncontested.