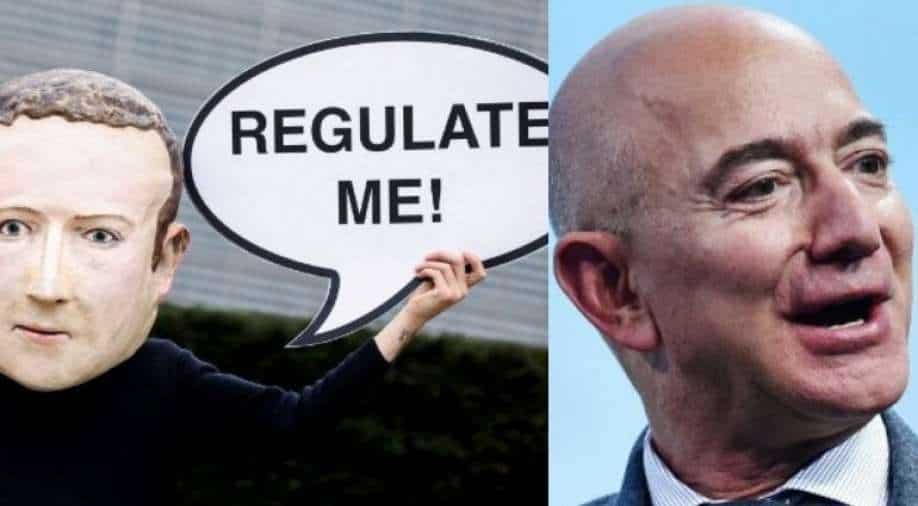 The diet of the rich and famous can be quite awkward, but Facebook's Mark Zuckerberg and Amazon founder Jeff Bezos take the cake!

Money may not be able to buy you love but it can help you find the most unique food which you can cook or maybe even be presented during a high-profile dinner party.

The diet of the ultra-rich can be exotic, but sometimes it surpasses one's imagination. Tech billionaires in the US now rule the roost even though it might not always be a healthy diet.

Facebook chief  Mark Zuckerberg once famously served Twitter founder Jack Dorsey a goat which he had himself killed after he vowed to eat meat which he slaughtered himself. Dorsey himself revealed the details which took place a decade ago.

Amazon founder Jeff Bezos also joins the elite list of exotic food eaters. The legendry online retail tycoon took a bite of a roasted iguana at a New York dinner event where some of the world's richest entrepreneurs were in attendance.

Bezos had once ordered Mediterranean octopus for breakfast set with bacon and potatoes.

Billionaires do not always have healthy eating habits. Branson once admitted he drinks 20 cups of tea in a day. Microsoft founder Bill Gates prefers cheeseburgers.

SpaceX CEO Elon Musk prefers Mars chocolate bars, something which his rocket company employees must be aware about, however, the Tesla CEO is now apparently trying to cut down on the "sweet stuff".  Musk apparently loves barbecues and French cuisine.