'Has the President ever been ambushed by a cake?': 'Partygate' scandal torments UK PM Johnson 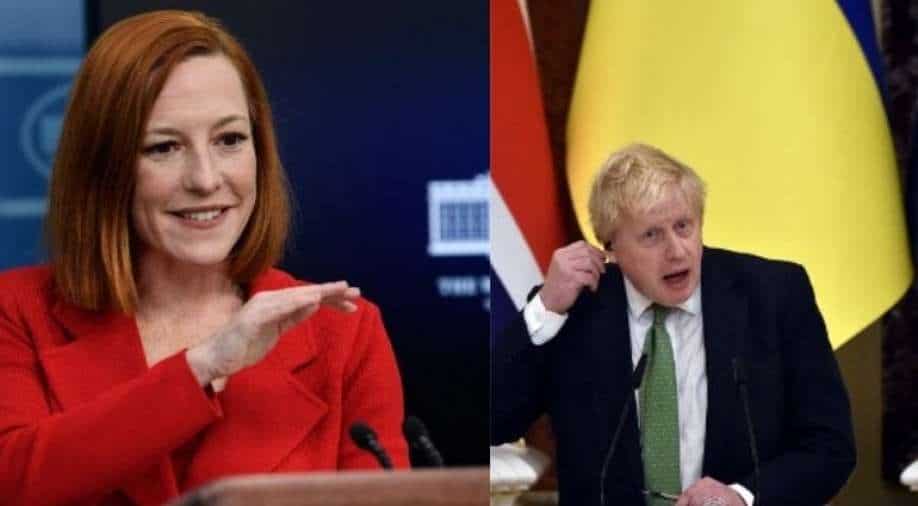 The 'partygate' row has led Johnson's own Conservative party MPs to rebel against him amid calls for his resignation.

As the "partygate" takes a toll on PM Boris Johnson, White House Press secretary Jen Psaki while responding to question took a dig at the UK prime minister saying: "has the President ever been ambushed by a cake?  Not that I’m aware of."

Psaki added that the US and UK were in an "important partnership" and were against Russia's troop build-up along Ukraine "and that certainly has not changed, despite cakes in anyone’s faces."

Reports claim Russian media has also slammed Johnson over his role in the lockdown party row at 10 Downing Street as reporters raised questions on the UK prime minister cancelling a call to Putin due to his engagement in Parliament over the lockdown scandal.

Social media was also rife with tweets about Johnson's failure amid the "partygate" row.

Who did this? 🤣🤣#PartyGate pic.twitter.com/A4dvBRIhop

How the French see us:

"Could you come back later? We are in a work meeting"#PartyGate pic.twitter.com/jUHBAYIwqd

The lockdown party affair has led Johnson's own Conservative party MPs to rebel against him amid calls for his resignation. The British prime minister was forced to apologise before Parliament over the scandal after the Sue Gray report concluded that there was "failures of leadership and judgment". The British prime rejected calls to leave office.

Johnson promised to carry out reforms suggested in Gray's report even as it said that "too little thought" was given as to how the public would react to a succession of gatherings with the country under strict lockdown amid the pandemic.