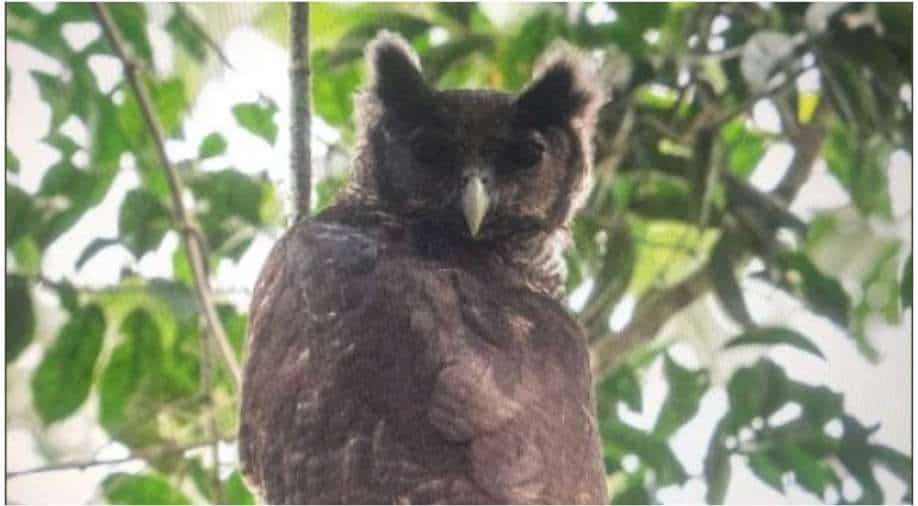 The Shelley's Eagle Owl was described in 1870s and there had been no confirmed sightings till now. Ecologists are describing sighting of the owl as nothing short of spectacular

It's not a new thing that nature has wonders and surprises waiting to be found. Something takes a dip in dark, we lose sight of it for years and years and it unexpectedly pops up making us drop our jaws.

A giant owl has been sighted for the first time in 150 years!.

Shelley's eagle owl, true to its name due to its similarities to an eagle, has been spotted by experts in jungles of Ghana in Africa. This is being hailed as fantastic and ecologists are over cloud nine.

A picture of the bird was taken by Dr Robert Williams, an ecologist from Somerset and Dr Joseph Tobias, of the Department of Life Sciences at Imperial College London.

Shelley's eagle owl was first described by Richard Bowdler Sharpe, curator of the bird collection at the Natural History Museum. The specimen was taken from a hunter in Ghana.

There hasn't been a single confirmed sighting of the owl after that.

Shelley's Eagle Owl is known for its distinct black eyes and eagle-like appearance. Even Dr Tobias, who spotted the owl with Dr Williams mistook it to be an eagle first, as reported by The Independent.