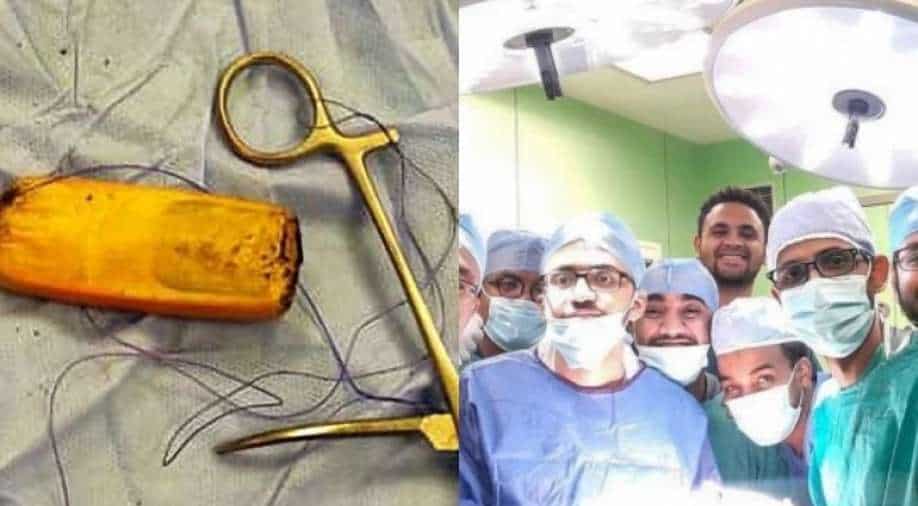 The man said he was too embarrassed of his act to tell anyone. However, his pain became so terrible that he had to finally go to a doctor

An Egyptian man went to a doctor for severe abdominal pain, but the doctor was shocked when he got to know there is a mobile phone in his stomach.

The man had swallowed a mobile phone six months ago. However, he had decided to not tell anyone as he figured that the phone might come out of his body through natural body process.

The man said he was too embarrassed of his act to tell anyone. However, his pain became so terrible that he had to finally go to a doctor. He was unable to pass food as the mobile phone was blocking the passage.

When he told the doctors about the abdominal pains, the doctors conducted an X-ray and spotted the mobile phone in his stomach.

The doctors then conducted an immediate operation at the Aswan University Hospital. The experts said this was the first time they had seen such a case where a man has managed to swallow an entire mobile phone.

For now, the phone has been removed through an operation. However, there is no update on his health, as of now. Doctors are hoping the man will be able to make full recovery from the operation soon.

It is not yet clear about why did the Egyptian man swallowed the phone.