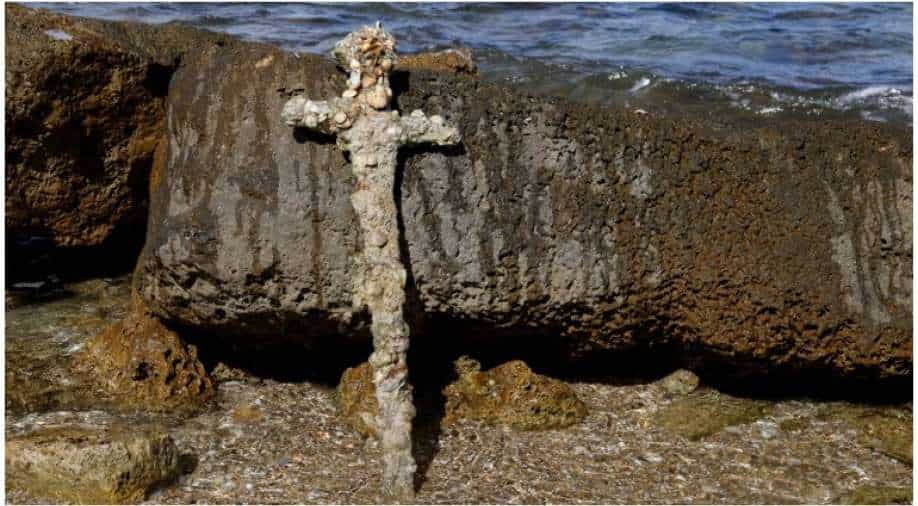 A picture taken on October 19, 2021, shows an ancient one-meter-long sword that experts say dates back to the Crusader-era and is believed to have belonged to a Crusader, displayed at the beach in the Israeli seaport of Caesarea, some days after being discovered by a local diver. Photograph:( AFP )

The crusader sword is believed to have been surfaced due to shifting sands. From the size of the sword, experts say that the warrior who wielded it was strongly built

Imagine you are just taking a dive in the sea. You have nothing in mind other than just taking a casual dip and forget your worries a little. And suddenly, out of nowhere, you find a piece of what appears to be a sword. You take it out, show it to experts and it turns out to be a 900-year-old artefact.

A similar thing happened to one Shlomi Katzin as he took a dip in shallow waters off the coast of Haifa in Israel.

The sword Shomi found turned out to be a 900 years old weapon used by a warrior during Crusades. 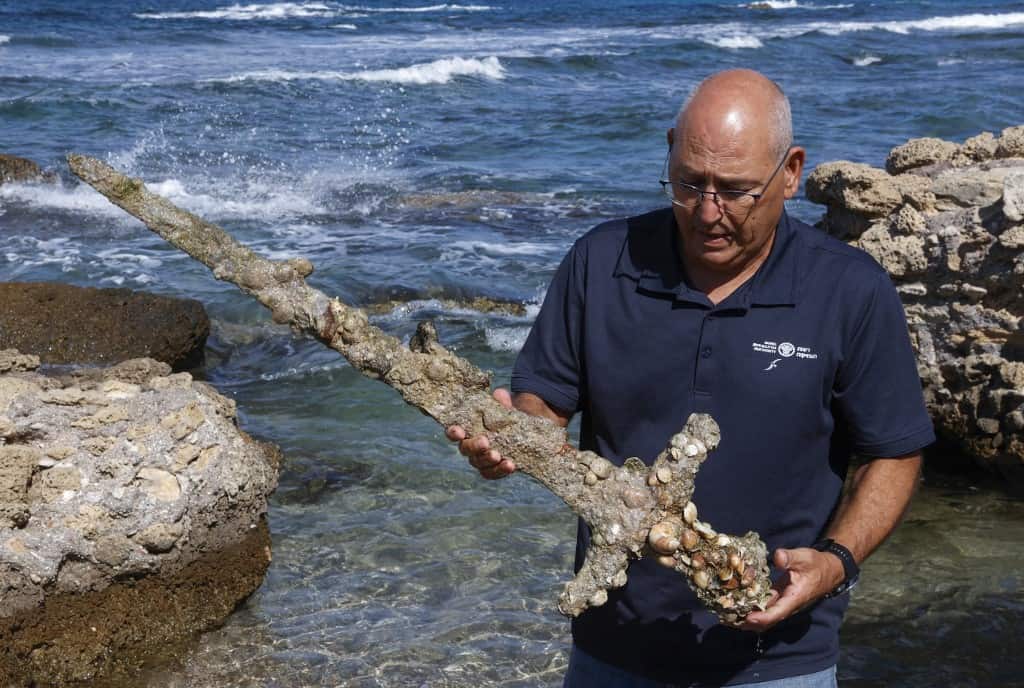 (Jacob Sharvit of the Israel Antiquities Authority displays the sword)

The Crusades were series of conflicts between Christians and Muslim forces over the control of Jerusalem and other parts of the Holy Land. The conflict, which began in 1095 and lasted for centuries, saw European Christian warriors travelling to Middle East/ West Asia to battle with the Muslim forces.

The sword, it is believed, resurfaced due to shifting sands. The sword is about one metre long, something that signifies that the warrior wielding it was physically strong. When found, the sword was covered in sea organisms.

The Israel Antiques Authority (IAA) has been quoted in media reports as saying that the sword would be cleaned, analysed and will be put on public display.

The IAA said the Carmel coast area where the sword was found was used through the centuries by ships seeking shelter from storms due to its many coves, leaving various "rich archaeological finds".