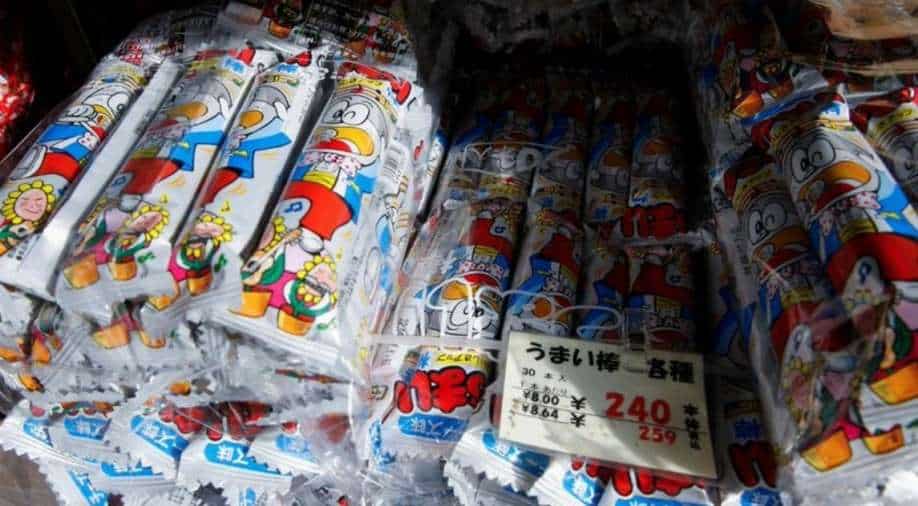 Is crunch time getting expensive in Japan?

For the first time since its debut in 1979, Japan's favourite corn puff snack, Umaibo, is getting a new price tag as the company has announced that it is increasing the price.

The company also mentioned that the decision has been made due to the higher costs. Takeshi Nemoto has been in charge of purchasing snacks at Tokyo in snack shop Kawahara Shoten for decades. He made a similar prediction for other cheap snacks.

"There's nothing we can do (about the price hike). From a maker's point of view, they cannot secure profit anymore unless they raise the price," he said.

Umaibo is famous as the "delicious stick" and had defined Japan's low growth for decades by keeping its price unchanged.

The 'delicious sticks' are quite similar to cheese puffs but shaped like a cylinder. They come in 15 flavours, from cheese to seasoned cod roe, with creamy corn soup the best seller. Reports have mentioned that around 700 million of the crunchy sticks are sold annually, both in packs and individually.

While prices are surging in the West, Japanese companies have so far been reluctant to increase prices across the board, out of fear of losing cost-sensitive customers.

Customers were shocked by the news. "I never imagined an impact on cheap snacks, something that kids can easily buy, so I'm a bit sad and surprised," said 51-year-old housewife Naomi Hosaka.