After Biden, 'maskless' PM Johnson also appears to doze off at COP26 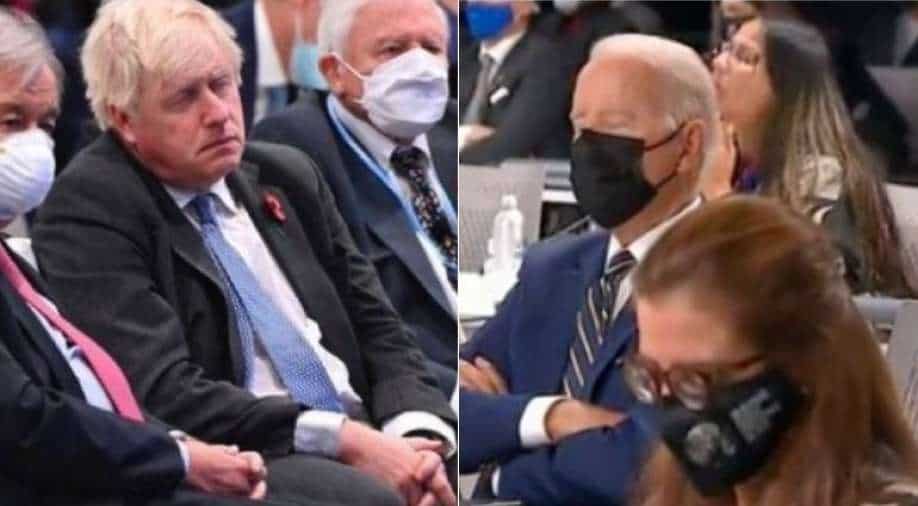 Twitter users made fun of both President Biden and UK PM Johnson as they appeared to take a nap as COP26 kicked off on Monday.

As US President Joe Biden appeared to take a nap during the UN climate summit, pictures appeared of UK PM Johnson also nodding off.

UK PM Boris Johnson was seated next to UN chief António Guterres. The British prime minister was seen seated without his mask.

#JeremyVine: “Look at this 78 year old man nodding off for 30 seconds, it’s a disgrace!”

“Yeah, ok this 57 year old did something similar but it’s easier to hold Biden to account than it is our actual PM” pic.twitter.com/ymyeVv8qaX

Its a measure of the Britsh Television media that they were ALL able to show Biden nodding off but not one of them showed Johnsons nap. No mention of it at all.

First it was Biden nodding off, now it’s #bozo 🙄 https://t.co/HB6qzloMJF

Twitter users made fun of both President Biden and Johnson as COP26 kicked off on Monday.

Joe Biden nodding off on the job - well done to the aide who has to wake him up, remind him what he’s doing, etc pic.twitter.com/fuxIY1IAU4

The US president was seen calmly taking a nap with his arms folded as the UN climate change conference was underway.

In a dramatic gesture, Biden apologised for the Trump administration's decision to pull the United States out of the Paris Accord.

"I guess I shouldn't apologise but I do apologise for the fact that the United States in the last administration pulled out of the Paris Accords and put us sort of behind the eight ball a little bit."

Biden during his speech had said the US will provide "hopefully leading by the power of example" while asserting that his administration was "working overtime" to ensure climate change goals were met.