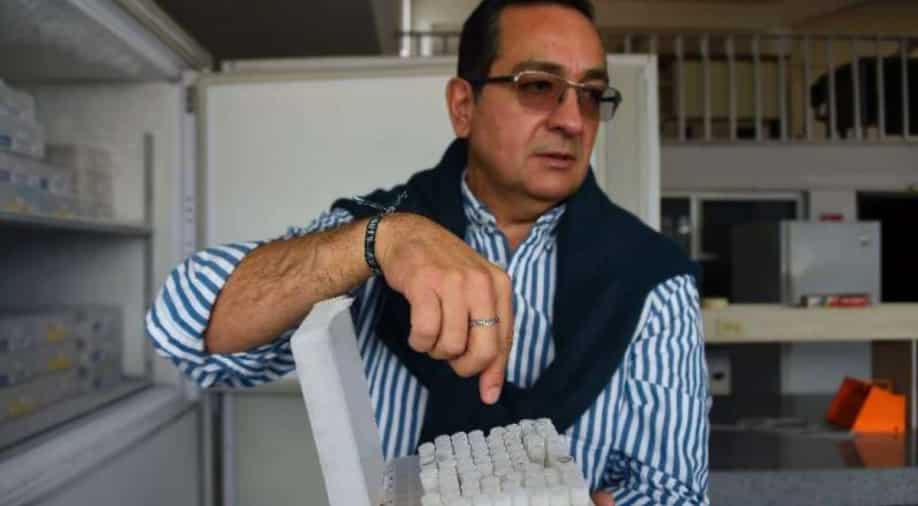 As reported by the news agency AFP, Carvajal said he found out about the ancient Franciscan brewery in Quito while reading specialist beer magazines. Notably, he already had experience recovering other yeasts

Javier Carvajal, who is an Ecuadoran bioengineer, has managed to resurrect a 400-year-old beer from its yeast. Carvajal found the yeast specimen inside an old oak barrel. It is believed to be Latin America's oldest beer.

a single-cell microorganism was taken from just a splinter of wood. It eventually was the key to recovering the formula of the beer that was first brewed in Quito in 1566 by friar Jodoco Ricke, who is a Franciscan of Flemish origin. Some historians believe that he apparently introduced wheat and barley to what is now the Ecuadoran capital.

Carvajal told AFP: "Not only have we recovered a biological treasure but also the 400-year-old work of silent domestication of a yeast that probably came from a chicha and that had been collected from the local environment."

Chicha is a fermented or non-fermented beverage of Latin America, emerging from the Andes and Amazonia regions. It is a drink brewed by the Indigenous people of the Americas before Spanish colonisation.

Historians said that in both the pre-and post-Spanish conquest periods, corn beer made from a variety of maize landraces has been the most common form of Chicha.

As reported by the news agency AFP, Carvajal said he found out about the ancient Franciscan brewery in Quito while reading specialist beer magazines. Notably, he already had experience recovering other yeasts.

It took him a year to do so, but he finally managed to find a barrel from the old brewery in 2008.