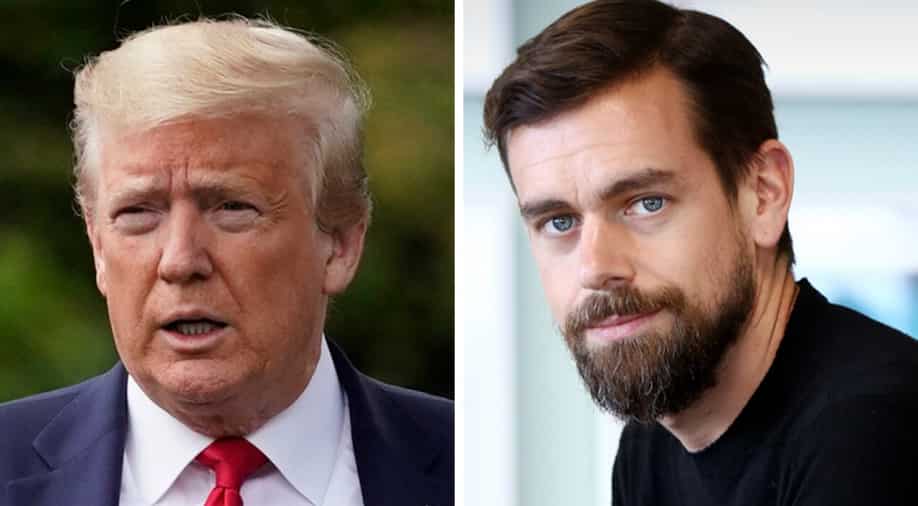 The tweet showed a video with two children, one Black and one White, on a sidewalk.

Tech giant Twitter has once again flagged a tweet by President Donald Trump, with the social network warning that it contained ''manipulated media'' designed to mislead people.

The tweet showed a video with a CNN-style chyron that read “Terrified Todler Runs From Racist Baby,” created by an account describing itself as a “memesmith.” It showed two children, one Black and one White, on a sidewalk.

Twitter later put a “manipulated media” link in blue letters below the video. That led to a message saying, “Multiple journalists confirmed that the video, which was shared by President Trump, is edited and features a fake CNN chyron. 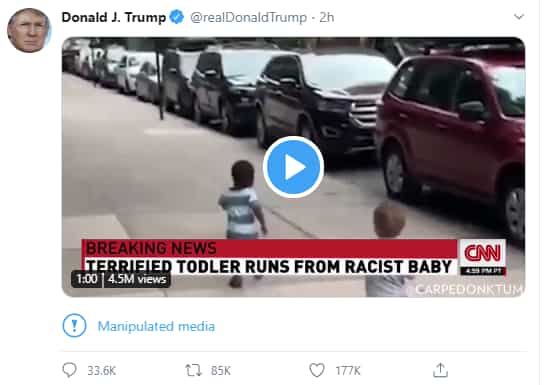 The original CNN story, which is from 2019, reported on a friendship between two toddlers”.

The company's policies prohibit sharing videos, photos or audio that "have been deceptively altered or fabricated" to trick viewers and have the potential to cause harm. It was the first time Twitter used that particular label on one of Trump's posts.

The move is likely to reignite tensions between Trump and the social media service, which the president uses multiple times a day to broadcast messages to his more than 82 million followers.

Most recently, the company also removed a Floyd tribute video tweeted by the Trump campaign because of a copyright infringement claim.

The back-and-forth has fuelled a debate about the responsibilities that social media companies have for what is posted on their sites. Facebook has also been under pressure to remove some of Trump's posts but has said that it will not do so because it is not an arbiter of speech.