Robot soldiers are the new combat weapons in age of technology 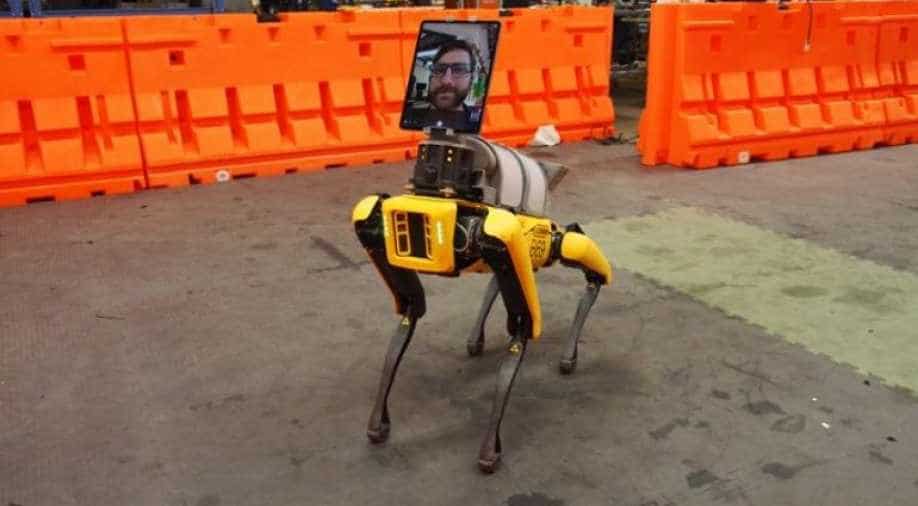 With robots now becoming a part of military drills, it’s only a matter of time before they enter active combat zones

In France, soldiers recently trained to fight with robots when cadets ran drills with robot dogs and tanks at a military school

Inside a building, this robot leads a group of cadets to the rooftop. As soon as the robot senses the presence of a grenade, it lies down.

In March this year, cadets from the French combined arms military schools trained alongside real robots. They tested them in various combat situations using the robots for reconnaissance, support, cover and as mules.

Also read | New normal? Robots being used for home deliveries due to surge in COVID cases

A soldier was seen surveilling the scene with a screen that looks a lot like a gaming device. This tablet could prove to be a powerful tool in the hands of a soldier.

These robots came equipped with cameras, allowing troops on the ground to sweep the scene, before a potential invasion.

The robot that looks like a dog is called Spot which was sent into this room for a recce where a grenade exploded.

There is also the Nexter Optio robot which resembles a real tank and comes equipped with a gun. Soldiers can take cover behind it and attack targets.

Another robot with big rotating cameras used for scanning the area is also available now.

The French cadets didn't just test robots for combat but also tried a machine for moving injured soldiers from a battleground. To test this, they placed a dummy on it and practised what looked like an evacuation.

The French military isn't the only one that's testing robots for the battlefield. Other defence forces, too, have access to a number of drones that can be operated by soldiers sitting miles away from the combat.