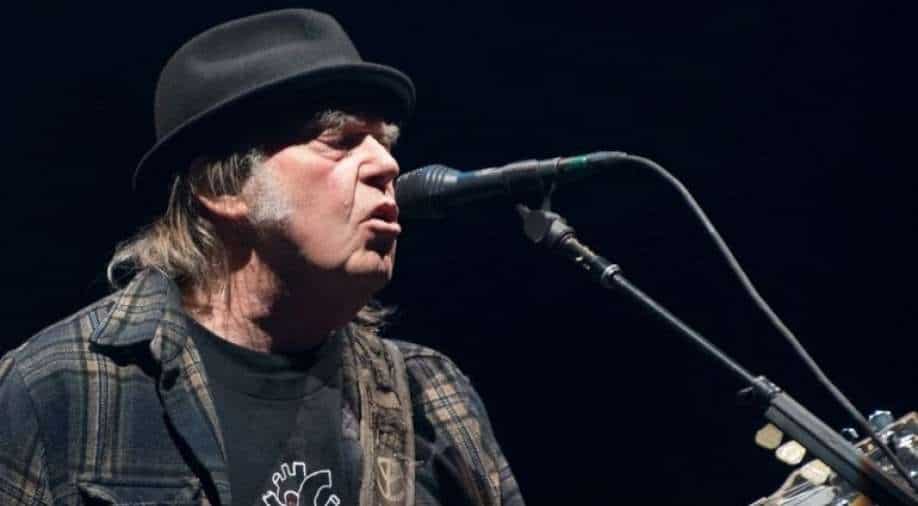 In this file photo, Neil Young performs on stage for his first time in Quebec City during Festival d'Ete. Photograph:( AFP )

Taking aim at Spotify over spreading misinformation about coronavirus and climate change, Canadian singer-songwriter Neil Young has asked the company's employees to quit.

"In our communication age, misinformation is the problem. Ditch the misinformers," Young said in the statement.

"I say Daniel Ek is your big problem - not Joe Rogan. Get out of that place before it eats up your soul."

Young pulled his content from the streaming platform last month after objecting to his music being played on the same platform as Rogan's podcast.

Following suit, music legend Joni Mitchell, guitarist Nils Lofgren and best-selling US professor and author Brene Brown also asked that their songs be removed from the platform in protest against Rogan.

It comes after the head of music streaming giant Spotify condemned podcaster Joe Rogan's use of a racial slur but insisted that silencing him was not the answer.

He made the comments in an ongoing row over the streaming service and its flagship star, who has recently faced a torrent of criticism.

Rogan apologised for his past use of racist language, including the "N word", and addressed what he called "the most regretful and shameful thing that I've ever had to talk about publicly," after a compilation video of him using the term surfaced.

Spotify's stock fell sharply Thursday amid controversy over Rogan's show, which garners up to 11 million listeners per episode.

The company has announced that it would add advisories to any podcast episode discussing Covid-19 which would direct listeners to a "dedicated Covid-19 Hub" with facts and up-to-date information from scientists and public health authorities.