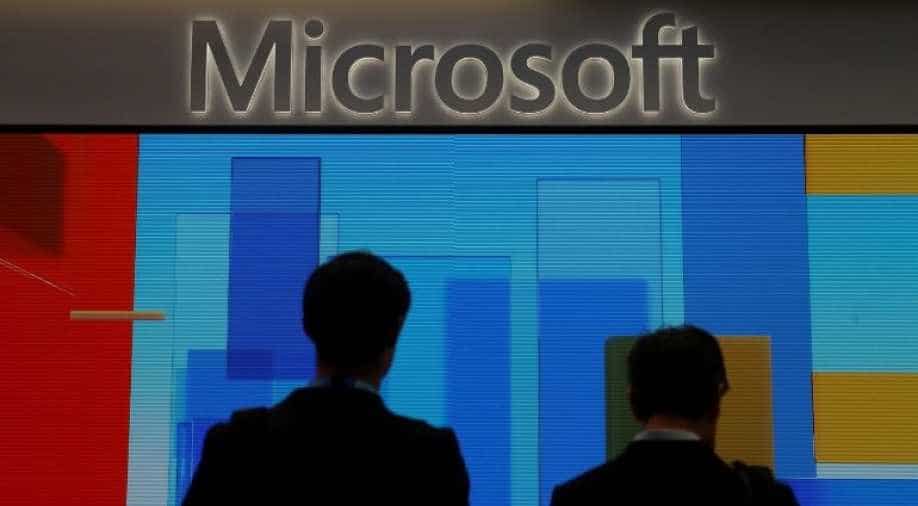 FILE PHOTO: Visitors stand in front of a display screen at Microsoft's new Oxford Circus store ahead of its opening in London, Britain Photograph:( Reuters )

Western tech companies, including Facebook-owner Meta Platforms Inc and Alphabet Inc's Google, have placed restrictions on Russia's state-controlled media outlets in Ukraine and around the world

The company said it would not display any state-sponsored RT and Sputnik content, de-rank their search results on Bing and not place any ads from its ad network on those sites.

Western tech companies, including Facebook-owner Meta Platforms Inc and Alphabet Inc's Google, have placed restrictions on Russia's state-controlled media outlets in Ukraine and around the world.

Google has banned downloads of RT's mobile app on Ukrainian territory after barring Russia's state-owned media outlet RT and other channels from receiving money for ads on their websites, apps and YouTube videos.

Facebook is barring Russian state media from running ads or monetizing on its platform anywhere in the world.

"(We) will make ongoing adjustments to strengthen our detection and disruption mechanisms to avoid the spread of disinformation and promote instead independent and trusted content," Microsoft said in a blog.

A growing list of companies are also looking to exit Russia as sanctions from Western countries tighten.