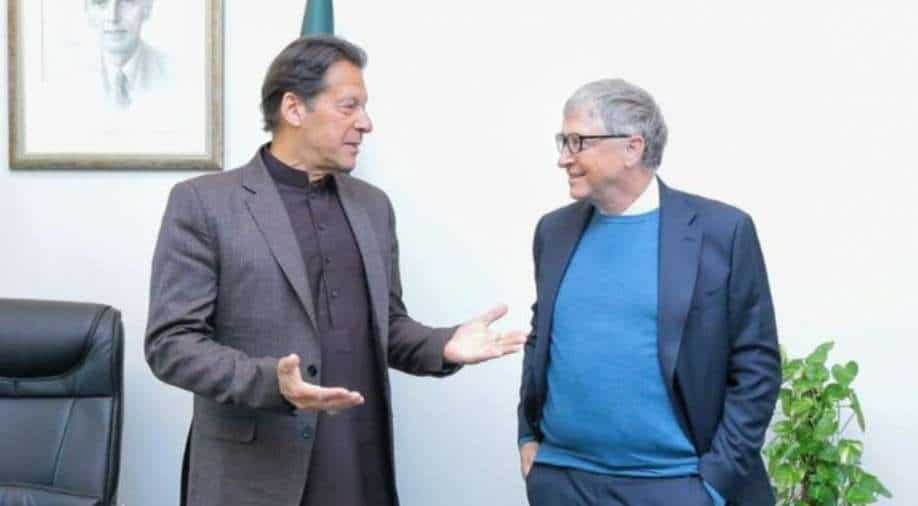 Pakistan's Prime Minister's Office said that the Microsoft co-founder was visiting the country on the premier's "special invitation" as Khan hosted Gates over lunch.

"It was a pleasure to welcome @BillGates who came to Pakistan on my invitation. Apart from his many achievements, he is admired globally for his philanthropy," cricketer-turned-politician Imran Khan tweeted.

"On behalf of our nation I thank him for his immense contribution towards polio eradication & poverty alleviation initiatives," he added.

Pakistan and Afghanistan are countries in the world where polio continues to circulate. Bill Gates met with Khan to discuss polio eradication in one of the last two countries of the world where the virus is endemic.

The Bill & Melinda Gates Foundation is part of the Global Polio Eradication Initiative (GPEI), a major project between governments and international organisations.

Health and humanitarian officials say that Pakistan's attempts to eradicate polio are at a hopeful but sensitive stage. No children have been paralysed by wild polio in Pakistan in more than a year.

However, as per the Bill & Melinda Gates Foundation, the virus was detected in December in sewerage samples in Khyber Pakhtunkhwa province.

During his visit, Gates also met with the country's COVID-19 National Command and Operation Centre, which leads the country's response to the pandemic.

Pakistan's Senator Faisal Javed Khan said Gates "greatly appreciated steps [regarding polio eradication] in Pakistan, the National Command and Operation Centre's (NCOC) performance in relation to the Covid-19 pandemic and initiatives such as the Ehsaas programme". He shared pictures of the meeting on Twitter.