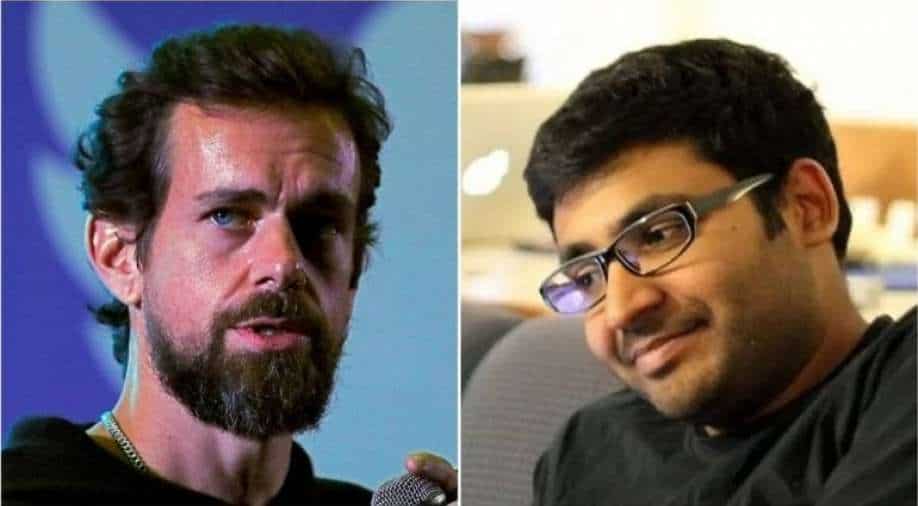 In this file photo, Twitter CEO Jack Dorsey and his successor Parag Agrawal can be seen Photograph:( Twitter )

Twitter CEO Jack Dorsey resigned on Monday and Indian origin Parag Agrawal is all set to be his successor.

Parag is an IIT Bombay graduate who has served as the Chief Technology Officer at the microblogging platform.

Deep gratitude for @jack and our entire team, and so much excitement for the future. Here’s the note I sent to the company. Thank you all for your trust and support 💙 https://t.co/eNatG1dqH6 pic.twitter.com/liJmTbpYs1

Agrawal had completed his PhD in computer science from the prestigious Stanford University.

He joined Twitter in 2011 and has served as chief technology officer since October 2017, where he was responsible for the network's technical strategy.

He has previously worked in AT&T, Microsoft Corporation, and Yahoo. According to PeopleAI, Agrawal has an estimated net worth of $1.52 million.

After resigning, Dorsey praised Agrawal and said ''My trust in Parag as Twitter's CEO is deep. His work over the past 10 years has been transformational. I'm deeply grateful for his skill, heart, and soul. It's his time to lead.''

Twitter's incoming chairman Bret Taylor said “I know he'll hit the ground running to strengthen execution and deliver results. The Board has the utmost confidence in Parag."

CEOs of Indian origin are dominating the Silicon Valley as well as the global technology sector. Here is a list:

Dorsey will remain a member of the board until his term expires at the 2022 meeting of stockholders.

In 2020, Dorsey faced calls from Elliott Management Corp to step down, after the hedge fund argued that he was paying too little attention to Twitter while also running payments processing company Square Inc.

Dorsey fended off the pressure by giving Elliott and its ally, buyout firm Silver Lake Partners, seats on Twitter's board.

He is credited with coming up with the idea for Twitter when eventual co-founder Evan Williams gave workers at blogging startup Odeo two weeks to work on fun new projects as a way to break up the daily routine.