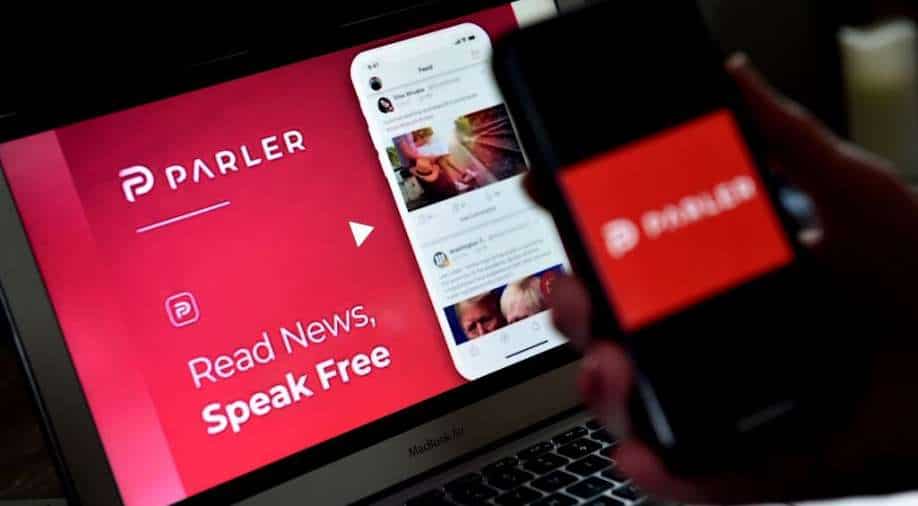 US right-wing social media users have flocked to Parler, along with other apps such as Telegram and social site Gab, citing the more aggressive policing of political comments on mainstream platforms such as Twitter Inc and Facebook Inc, which intensified after the January 6 Capitol riot

Parler, a social media website and app popular with the American far right, has partially returned online with the help of a Russian-owned technology company.

John Matze, the chief executive of social media app Parler, which is popular among conservatives posted a brief message on the company's website vowing its returns after finding a new host.

"Hello world, is this thing on?," Matze asked in a message dated Saturday, posted above a note from the company saying the platform would be restored after challenges were resolved.

The internet protocol address it used is owned by DDos-Guard, which is controlled by two Russian men and provides services including protection from distributed denial of service attacks.

A little over a week ago, Apple Inc suspended the Parler from its App Store, shortly after Alphabet-owned Google banned it from Google Play. The app is still unavailable for download on both platforms.

Amazon.com Inc then suspended Parler from its web hosting service, effectively taking the site offline unless it can find a new company to host its services.

US right-wing social media users have flocked to Parler, along with other apps such as Telegram and social site Gab, citing the more aggressive policing of political comments on mainstream platforms such as Twitter Inc and Facebook Inc, which intensified after the January 6 Capitol riot.

Before Apple Inc banned Parler from its App Store store on Saturday, the social media site topped the charts as the most popular free app on its App Store in the United States.

Interest in the fast-growing app had surged again after Twitter banned President Donald Trump on Friday.

Parler, which was founded in 2018, is a social media network that styles itself as a "free speech-driven" space. The app has largely attracted US conservatives who disagree with rules around content on social media sites like Facebook Inc and Twitter Inc.

Parler has had about 10.8 million installs globally from across the App Store and Google Play, 8.7 million of those from the United States, according to Sensor Tower data. In January, it said it has over 12 million registered users.

Trump, who was last week permanently suspended from Twitter as social media platforms cracked down on his accounts, does not have a verified Parler account, but his 'Team Trump' campaign does. Trump allies such as attorney Rudy Guiliani and the president's son Eric Trump also joined the platform, as did conservative media such as Epoch Times and Breitbart News and prominent Republicans including Senator Ted Cruz.

In November, conservative activist Rebekah Mercer confirmed that she and her family, including her father and hedge-fund investor Robert Mercer, have provided funding to the company. Conservative commentator Dan Bongino also said in June he was taking an ownership stake in the company, which is based near Las Vegas in Nevada.

Why has Parler been taken offline?

The site effectively "went dark" after Amazon.com Inc suspended its web hosting service and will remain so unless it can find a replacement.

The platforms said Parler was not doing enough to prevent the spread of posts inciting violence, following unrest at the US Capitol by Trump supporters last Wednesday after weeks of violent rhetoric on online sites.

Parler is now suing Amazon, accusing the company of an illegal, politically motivated decision to shut it down.

Amazon said the lawsuit has no merit. In an email correspondence included in Parler's lawsuit, Amazon cited 98 examples of Parler posts that "clearly encourage and incite violence."

Parler Chief Executive John Matze has said the company "does not condone or accept violence" on its platform.

Parler's policies ban certain types of content, including 'fighting words' or 'threats to harm' that include threats of violence against an individual or group, obscenity, and pornography. The guidelines advise users to "not purposefully share rumors about other users/people you know are false," but do not mention other policies against misinformation.

Disinformation researchers said far-right groups that appeared at the riot maintained a vigorous online presence on alternative platforms including Parler where they spread violent rhetoric and organized ahead of the unrest.