Don't fall for the blue tick: This verified 'Elon Musk' page on Facebook is fake 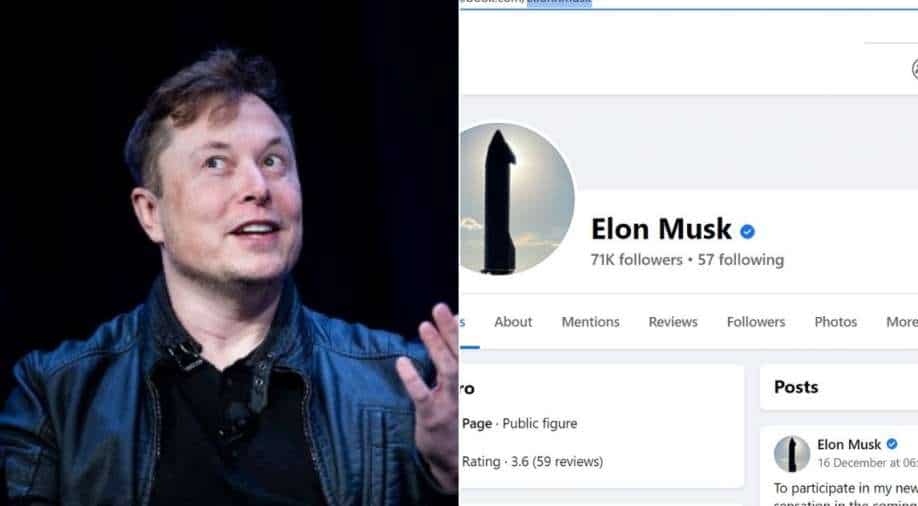 Elon Musk's name used as the fake page's name, which has a little tweak in the spelling of Elon Musk - it is written as 'ellonnmusk'

Another fake account on Facebook, which is running scams related to cryptocurrency after impersonating Tesla owner Elon Musk has been identified. Surprisingly, the account has a blue tick, meaning it is verified and has a following of over 71k and follows 57 accounts.

The billionaire's name is used as the page's name with a little tweak in the spelling of Elon Musk - it is written as 'ellonnmusk'. However, the user name on the account appears as 'Elon Musk'.

A report on Web News Observer stated that a 25-year-old security researcher Ehraz Ahmed came across the Facebook page that is running a scam. Earlier, Ahmed had reported a similar scam.

As quoted by Web News Observer, Ahmed said, "Since Bitcoin scams are becoming frequent and common, I was once again busy researching about them. To my surprise, I came across another verified page of Elon Musk."

"By visiting the Page Transparency section, I noticed that this page, unlike the previous ones, was created back in May 2015. The location of the admins is, once again, Germany and Spain, which may mean that these scammers are the same people who were behind the previous similar scams," he added.

Ahmed also talked about the latest post by the scammer where they are announcing that Musk is all set to come up with a new digital currency named Musk Coin. 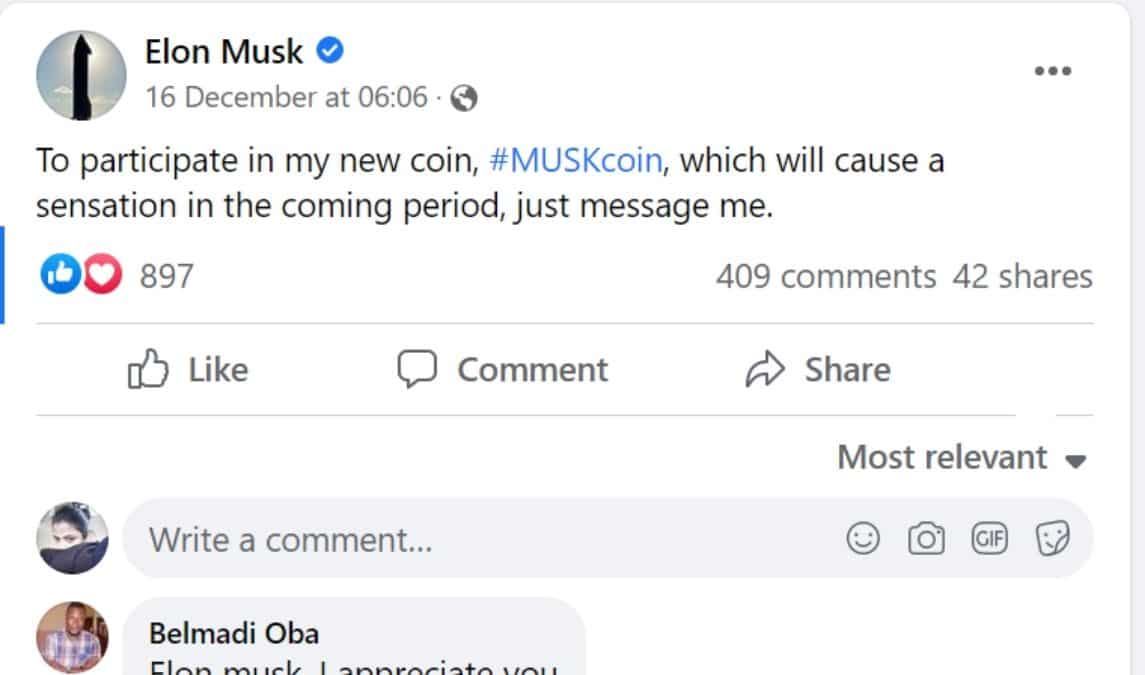 Here's a grab of the fake Facebook profile, which is made using Elon Musk's name. 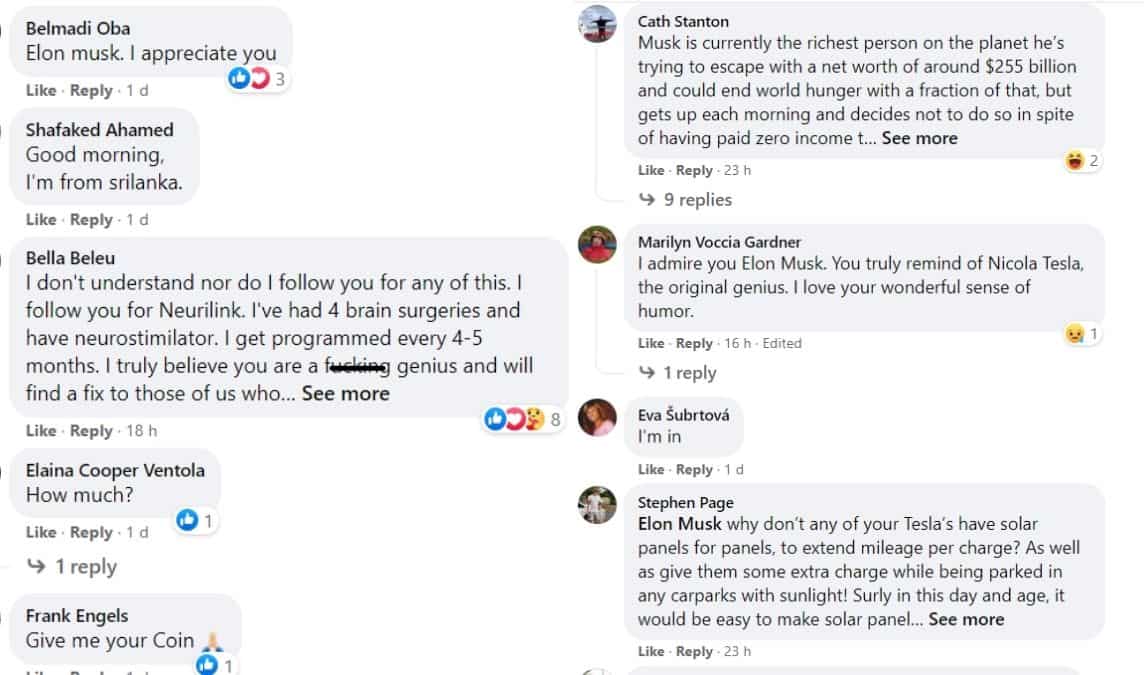 Here are some of the reactions on the post.

For the unversed, Elon Musk favours cryptocurrencies and has influenced the trading of digital currencies with his tweets. His post about crypto often sends the market prices soaring of the mentioned digital currency.

And it looks like the scammers are using cryptocurrencies and the buzz around them to fool people and investors.

At the time of filing this news article, the fake page was still active. The profile picture resembles the current display picture of Musk on his official Twitter handle. The scenario is quite alarming, although some people have pointed out that the account is not real.