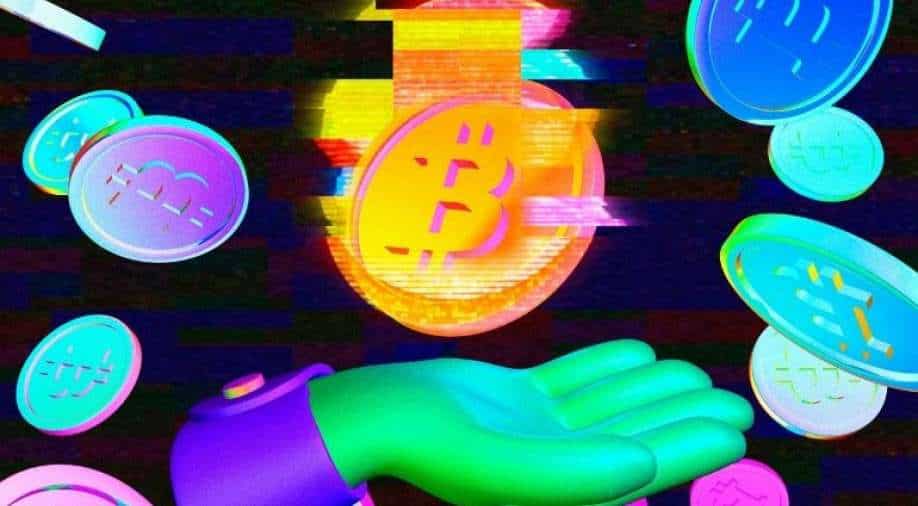 Michael Pierre was sitting in his Brooklyn, New York, apartment last summer when he received a text on his iPhone from an unknown number, then immediately lost service. Worried his phone was being hacked, he quickly checked his most valued app: Coinbase, a cryptocurrency company where he had stored digital coins worth $100,000.

Pierre could not log in. Panicked, he emailed Coinbase for help. The company later told him that an “attacker” had reset his password and drained his account. Pierre said he was shocked because he had expected Coinbase’s security to detect suspicious activity and stop the theft.

“I was thinking about retirement, family, having money for those rainy days,” he said. “And within a couple of minutes, it was all taken away from me.”

Pierre, 47, a lawyer and onetime Coinbase employee, began urging his former colleagues to investigate the episode and to compensate him for the missing cryptocurrencies, which would be worth more than $400,000 today. He received little assistance, he said. So in January, he sued Coinbase, accusing the company of negligent security measures and failing to protect his money.

His cautionary tale is one of dozens from Coinbase customers around the world who say that their accounts were plundered by attackers or that they were locked out of their life savings without warning or reason — and that the company failed to detect the issues and did little to help. As Coinbase prepares to go public in the next few weeks, cementing its status as one of the world’s biggest cryptocurrency enterprises, its users’ experiences show how the company sometimes still struggles to address basic customer service complaints.

That raises questions for Coinbase at a crucial moment. No major cryptocurrency company has gone public before, and some investors have speculated that Coinbase could be valued at as much as $100 billion. Its listing would also underline how cryptocurrencies have surged in popularity in the pandemic. The price of Bitcoin, the best-known digital currency, has broken records since November.

Coinbase’s going public is “seminal” for the cryptocurrency industry, said David Silver, a lawyer who represents digital currency investors. But he added that if the company wanted to be “the Goldman Sachs of crypto,” it “needs to maintain quality customer support.”

In a statement, Casper Sorensen, Coinbase’s vice president for customer experience, said the company was grappling with a “24/7 crypto economy, which, combined with a substantial increase in demand, has created a unique set of customer experience challenges.” To address those, the company said it had added 2,000 customer support employees in recent months and decreased wait times for help.

Coinbase added that it had never been hacked. It said 0.004% of its users had experienced “account takeovers” in the past year, where someone breached their devices and then gained access to their Coinbase accounts. The company said it educated its users on how to keep their accounts secure.

Coinbase declined to comment on any individual cases or litigation.

Compared with banks and regular money, digital currencies and financial exchanges carry an extra degree of risk. Unlike money transferred through a bank, Bitcoin can be traded instantly, and transactions cannot be reversed or, often, traced to an individual, making it easier to steal. Many laws that protect people’s money and require banks to maintain tight security do not apply to digital currencies.

Coinbase was founded in 2012 by Brian Armstrong, who is the chief executive, and others. At the time, Bitcoin and other cryptocurrencies had just started emerging as a way to decentralize finance by allowing people to send money to each other across the globe without the need for a bank.

But trading Bitcoin without help from an institution proved tricky. So Armstrong created Coinbase as a “currency exchange” — essentially, a place where people could buy, sell and transfer cryptocurrencies through what is known as a digital wallet. The company would take a fee each time a customer placed an order.

Today, Coinbase has 43 million customers, according to its offering prospectus. It turned a $322 million profit last year, while its revenue more than doubled to $1.27 billion. In December, it filed to go public. It plans a direct listing, in which no new shares are issued.

As Coinbase has grown, it has fielded customer complaints. The concerns have centered on two main issues, according to legal documents and interviews with more than a dozen Coinbase users, as well as social media posts and surveys of customers: that the company’s security was fooled by attackers who infiltrated their accounts and then stole their money, or that they were suddenly barred from their accounts, either because of a technical glitch or seemingly for no reason at all.

Coinbase rarely bars users from their accounts, it said, but it may do so if it is investigating a violation of its terms of service or suspicious activity.

Losing account access can be crippling because some people use Coinbase as a de facto bank where they deposit their paychecks. The frustrations have been compounded because the company is often unresponsive to entreaties for assistance, users said.

The issues have become so prevalent that a forum about Coinbase on Reddit has been flooded with requests from people seeking help for unlocking their accounts. One Reddit user, who posted that he lives in Vietnam, has left dozens of comments asking for help getting back into his account, which he said has been frozen for more than a year.

“I need to unlock my account,” wrote the Reddit user, whose handle is kuromodzz. “Please reply my emails and give me solutions. I can’t lose my money!”

Gonçalo Maia, 24, a web developer from Lisbon, Portugal, said he was blocked from his Coinbase account, which has about 27,000 euros, or $32,000, in January. In response, he set up a Coinbase-related group on the messaging platform Discord. It has since attracted more than 300 people, many of whom bemoan how they cannot get into their accounts. Some said they had since been unable to afford food and pay their rent.

“They are hurting people,” said Maia, adding that many feel “hopeless.”

After The New York Times asked Coinbase about Maia’s account, he received an email from the company saying he had violated its terms of service and would not be allowed to use its platform. Maia said he did not know what he did wrong. He added that he was happy that Coinbase was letting him withdraw his frozen funds first.

Christine Duhaime, a financial crimes expert, said that Coinbase and other cryptocurrency exchanges should have to act the same as large banks, which need legal reasons to freeze assets and are obligated to quickly investigate missing or stolen funds. Coinbase’s listing, she said, could be a step toward aligning the crypto world with laws governing traditional financial institutions.

“Coinbase, by going public and being subject to greater regulatory oversight, is moving more into the light, where there is, or will be, greater visibility and comfort,” she said.

One of Coinbase’s most frustrating aspects, some users said, is that a real person does not appear to be reading their complaints.

“There’s nobody on the other side,” said Cheryl Hung, a marketing consultant in Los Angeles.

Hung said she and her fiance, Paul Hwang, started investing in cryptocurrencies in 2019 and picked Coinbase because it was a “big, reputable company” with security. But in January, someone stole $26,000 of cryptocurrencies from their account. They said they did not have any idea of how that happened.

“We just lost all the money we could have been using to work on a house or move our life forward,” Hwang said.

The couple asked Coinbase for help, but they said they received perfunctory email responses. Trying Coinbase’s phone line got an automated response. After the Times inquired about their case, Hung said they got another email from the company with more information about their account.

For most Coinbase users, legal recourse is also limited. Under the company’s terms of service, users agree to settle disputes through private arbitration or small claims court, rather than pursuing a class-action lawsuit.

That did not deter Pierre from suing. Pierre, who worked for Coinbase between 2017 and 2018, said he initially found the decentralized format of digital currencies “exciting.” But after he lost his Coinbase savings, he said he saw the value in traditional, regulated institutions like banks to fall back on “for times like this.”