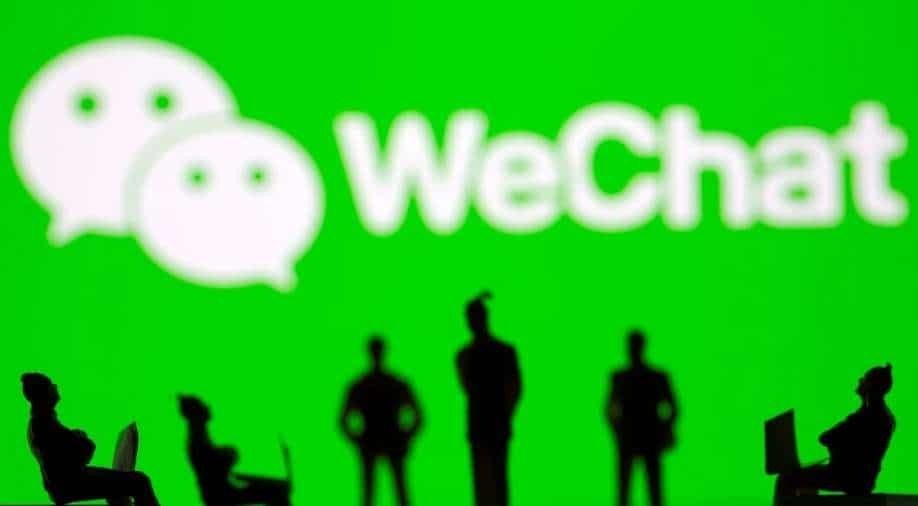 WeChat logo is seen in this illustration Photograph:( Reuters )

The WeChat pages of groups, including Huazhong University of Science and Technology Gay Pride and Peking University's ColorsWorld, had their past posts scrubbed and replaced with a notice stating: "all content has been blocked and the use of the account has been stopped" for violations of unspecified social media regulations.

The brief notices said WeChat had received "complaints" about the pages, while the groups' account names had been changed to "Unnamed Account" on Tuesday, based on publicly visible account records.

Super-app WeChat is China's biggest social media platform, with instant messaging, blogs, and other content, as well as the ability to make payments.

While homosexuality, which was classified as a mental disorder until 2001, is legal in China, same-sex marriage is not recognised. Social stigma and pressure still deter people from coming out.

This year, a court upheld a university's description of homosexuality as a "psychological disorder", ruling that it was not a factual error.

The LGBT community has repeatedly found itself falling foul of censors and the Cyberspace Administration of China recently pledged to clean up the internet to protect minors and crack down on social media groups deemed a "bad influence".

The Weibo social media platform, owned by Weibo Corp, has at times removed lesbian content and the online community board platform Zhihu has censored topics on gender and identity.

"Authorities have been tightening the space available for LGBT advocacy and civil society generally. This is another turning of the screw,” said Darius Longarino, a senior fellow at Yale Law School's Paul Tsai's China Center, who focuses on LGBT rights and gender equality.