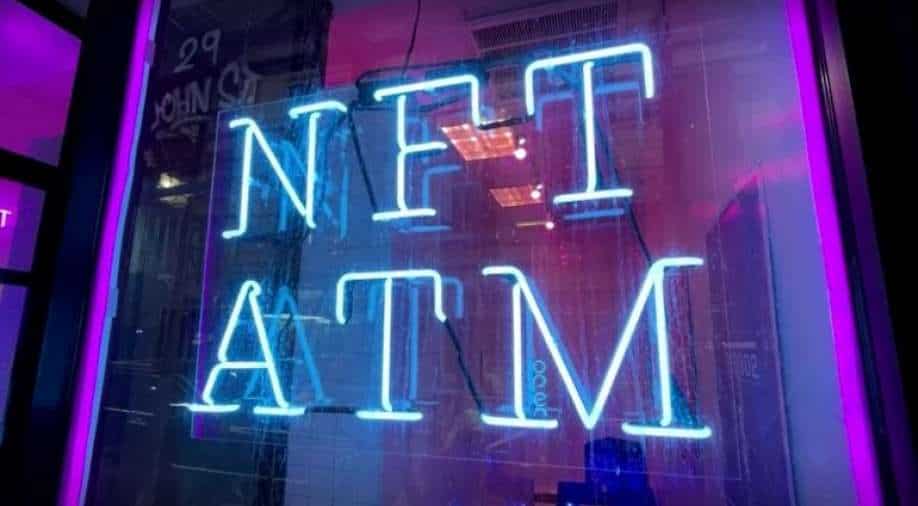 While digital art is mostly sold via cryptocurrency, the Neon vending machine accepts fiat currency - you can pay with a credit card

But there's a twist. When you buy this digital art, you don't know what you're going to get.

Located in a small storefront in Lower Manhattan's financial district with a sign outside reading "NFT ATM," the machine looks like a traditional vending machine but offers QR codes on slips placed in small paper boxes. Pricing ranges between $5.99 and $420.69.

After scanning the QR code, the new piece of art can be viewed on any smartphone, laptop, or tablet.

"It's the crypto curious, the people who tried to buy cryptocurrency or they were interested in buying an NFT, but they just hit too many barriers," Neon CEO Kyle Zappitell said in an interview with Reuters, of the vending machine's target customer.

Also read | In Pics: In Seattle, a NFT museum opens its door to public

The QR codes at the Lower Manhattan site lead to two categories of digital art pieces. Either a picture of a pigeon or a colour.

Zappitell sees the element of mystery as a natural extension of the digital art space.

"As a NFT collector, over time, one of the things you love is the randomness of, 'Which one are you going to get?'" he said. "So that's one of the exciting aspects."

In the vending machine, art pieces are sold using the Solana blockchain, which ensures carbon-neutral transactions.

While digital art is mostly sold via cryptocurrency, the Neon vending machine accepts fiat currency - you can pay with a credit card.

Beginning with $3 million in seed money, Neon plans to install vending machines at malls and other public places.