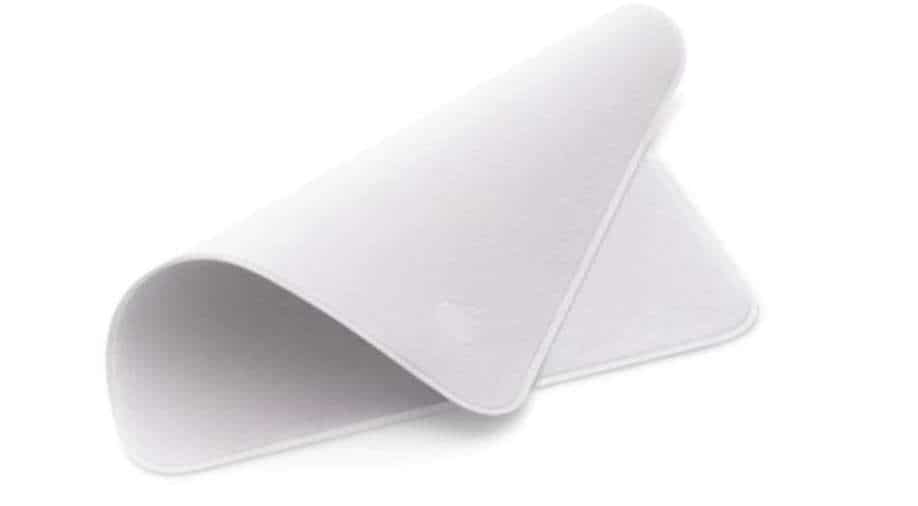 An image of the Apple cloth/ apple.com Photograph:( Others )

The high price for something as basic as a cleaning cloth, on the other hand, elicited a flurry of comments on Twitter.

Along with its new MacBook Pro and AirPods 3, Apple just released a product that has sparked internet buzz.

The tech behemoth has released an unique cleaning cloth for its gadgets, which costs $19.

The cloth was created specifically to clean any Apple display, "even nano-texture glass," in a safe and effective manner.

The high price for something as basic as a cleaning cloth, on the other hand, elicited a flurry of comments on Twitter.

While many people thought that selling a cleaning cloth for that price was absurd, others wasted no time in creating amusing memes around the product.

Not only that, but users' laughter was heightened when they discovered a list of compatible gadgets for Apple's new offering.

Meanwhile, according to Bloomberg, Apple's cleaning cloth has already surpassed the status of the highest-margin tangible product.

Furthermore, the firm claims that the polishing cloth is currently in low supply and will take three to four weeks to ship worldwide.

Apple also provided a compatibility list, demonstrating that the polishing cloth is compatible with nearly all Apple devices.

Apple claims that it is compatible with iPhone 6 and later, MacBooks and iMacs dating back to 2015, all iPads, Apple Watches, and iPod touches, and, as previously noted, the Pro Display XDR.

It's amusing that earlier iPhone models aren't included on this list, implying that they're incompatible... with a cleaning cloth.