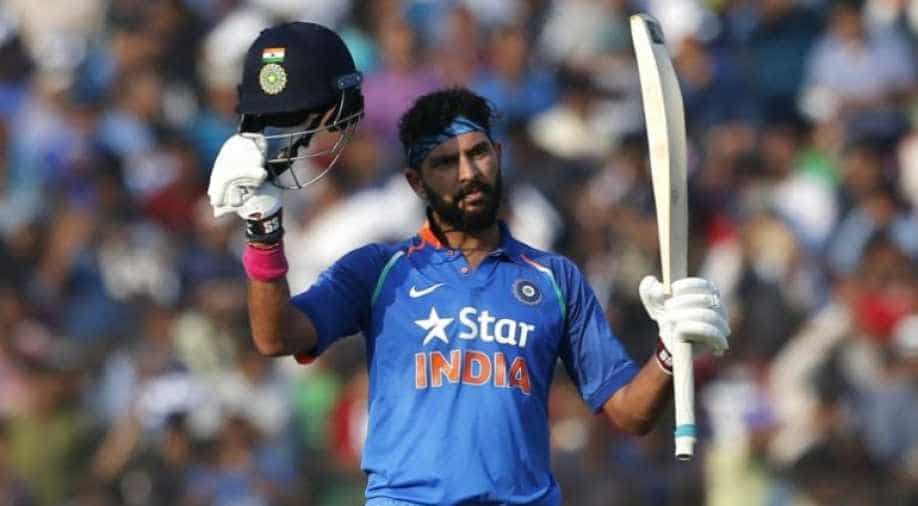 "Cricket has given me everything. When I leave the game, I want to be at my best. I do not want to go with any regret," said Yuvraj Singh.

Yuvraj Singh may be past his prime but the veteran all-rounder Sunday said he would give his "best shot" to get into the reckoning for the upcoming World Cup.

"Cricket has given me everything. When I leave the game, I want to be at my best. I do not want to go with any regret," said Yuvraj Singh.

The 37-year-old, who was picked by Mumbai for his base price of Rs 1 crore at the IPL auctions, has set his sights on the T20 extravaganza to make a bid for a comeback.

"I'm trying my best. This is our final league Ranji Trophy match and let's see if we can qualify. After this, we have the national T20 tournament and then we have the IPL. I will give my best shot and hope for the best," Yuvraj said.

"Obviously their experience in batting is not that much what it used to be. But it's fantastic effort from the guys. Especially, (Cheteshwar) Pujara, (Virat) Kohli, (Jasprit) Bumrah. It's great to see Rishab (Pant) going down the order and scoring big runs. It's great sign for Indian cricket for the future.

Yuvraj lavished praise on Pant who scored a Test hundred each in England and Australia within months from his debut.

"He came last year, he got picked for India. Everybody said he plays too many shots, he's rash, he doesn't have the mind. But after one year of being in and out, having a good IPL, the guy scored two hundreds overseas," Yuvraj said.

In the same vein, Yuvraj reckoned that his 19-year-old state teammate, Shubman Gill, is an exciting prospect and should play for India post the 2019 World Cup.

"Definitely he's someone who can represent India for a long time. He's a very special talent. After a long time I have seen a young guy whose batting I would like to watch. After 2019 World Cup, he should make it to the side."

Shubman's performance has been top-notch this season, amassing 629 runs in just seven innings at an average of 125.80.

Stressing on the need to look after the youngsters, Yuvraj said: "It all depends how well we look after our youngsters. You have to give them the confidence to excel. The prime example is Rishabh Pant."

Yuvraj said he is sharing his experience with the team as much as he can.

"I really enjoy playing with Punjab team. Especially last three-four seasons, I've played a lot of domestic cricket. Whatever I've gained through, I try and give it to the younger guys.