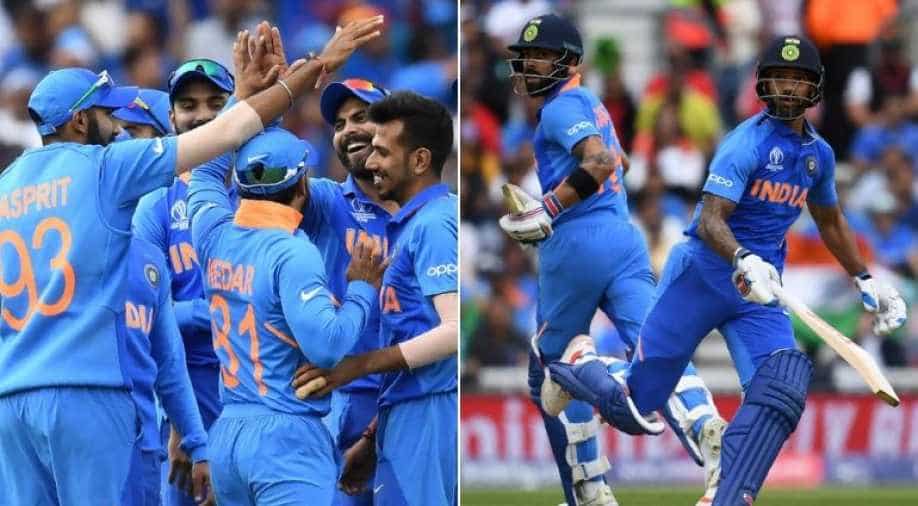 Virat Kohli-led India defeated the defending champions Australia by 36 runs in the Match 14 of Cricket World Cup 2019 on Sunday at London's Kennington Oval.

Indian skipper Virat Kohli opted to bat first after winning the toss and took the full advantage of the conditions.

Opener Shikhar Dhawan smashed his 17th century in one-day internationals as India's top order fired in unison to power them to 352 for five wickets.

Australian team failed to chase down the target as they were all out 316-all out.

Dhawan added 127 runs with fellow opener Rohit Sharma (57) and 93 with skipper Virat Kohli to lay the foundation for a big total before departing for 117 at the Oval.

Kohli made a typically breezy 82 and Hardik Pandya, dropped behind the wicket on the very first ball he faced, smashed 48 off 27 balls to justify his promotion in the batting order.

Marcus Stoinis claimed 2-62 for Australia who had beaten Afghanistan and West Indies in their first two matches. 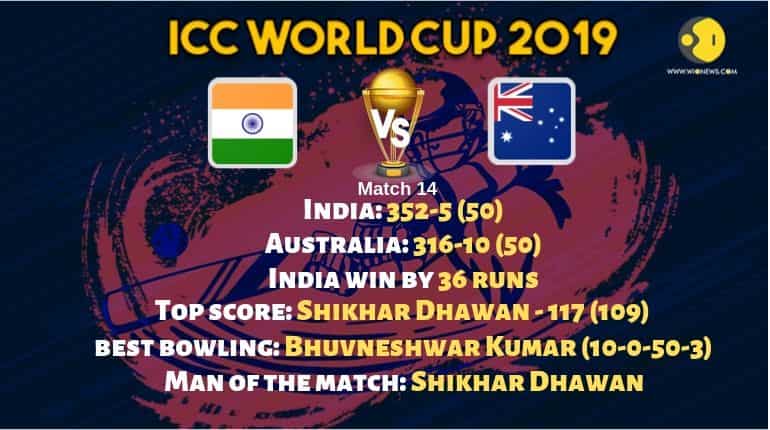