World Cup: Know what will happen if India vs New Zealand match gets abandoned 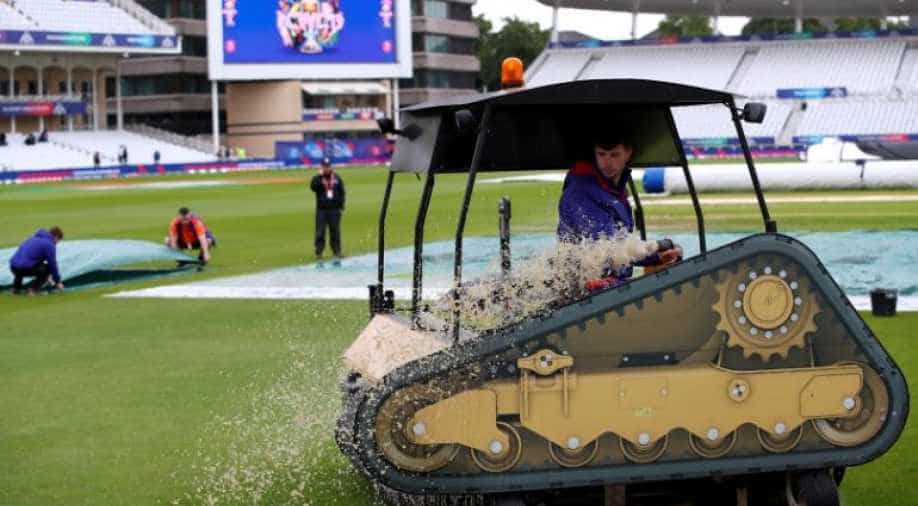 As rain-threat looms large over both the semi-finals of the ongoing ICC Men's Cricket World Cup, the apex cricketing body released information regarding reserve days for the knock-out stages of the tournament.

Reserve days will be in place for both semi-finals and final of the tournament.

The semi-finals of the tournament will be played between India-New Zealand and Australia-England.

A reserve day is required if the match officials decide that the ground and pitch conditions are not suitable for play to continue on the scheduled match day.

If no overs are bowled on the scheduled match day, then a full-50 overs per side match takes place on the reserve day if the weather permits. If the match ends up in a tie, super over is used to determine the winner.

However, if no play takes place on the reserve day of the semi-final as well, then the higher placed team from the group stages progress to the finals of the tournament.

If there is no play possible on either the scheduled day of the final, or the reserve Day, the World Cup gets shared between the two finalist teams.

Reserve days for the semi-finals and final of the World Cup:

There were no reserve days for the group stages of the tournament and as a result, four matches got abandoned due to rain and the apex cricketing body was criticised for not having reserve days in place.