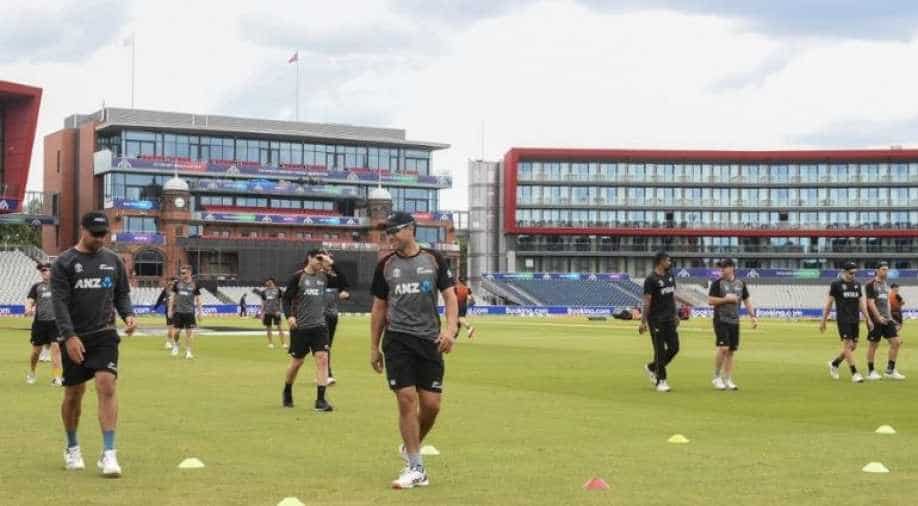 So far in the tournament, teams batting first have won each of the five games played at Old Trafford

The first semi-final match of Cricket World Cup 2019 between India and New Zealand might get affected by rain. The much-anticipated match is scheduled for July 9 at Old Trafford.

Virat Kohli-led team finished at the top of the standings with 15 points while New Zealand settled in the fourth position with 11 points.

The league match between India and New Zealand was washed away without even toss and it is expected that skies will remain cloudy throughout the day during their crucial semi-final match.

So far in the tournament, teams batting first have won each of the five games played at Old Trafford. Considering the conditions, both captains will look to bat first.

Although, the weather is expected to get drier in the afternoon but it's going to be humid as well and overcast.

The official site of Met Office gave a forecast for Tuesday's weather, it published, "Much of Cumbria and Lancashire will have patchy rain on and off throughout the day. Manchester, Merseyside and Cheshire will be rather cloudy but avoid most of the rain. Maximum temperature 20 °C."

For Wednesday to Friday: "Rain or showers are likely on Wednesday followed by warm humid weather on Thursday and Friday, accompanied by some heavy thundery showers."

"The weather could be playing a part for India against New Zealand. It is going to be gloomy as there is rain close by Old Trafford. It looks slightly going to be rainy, drizzly, on and off for the morning," the Met Office told ANI."

Following are the squads: