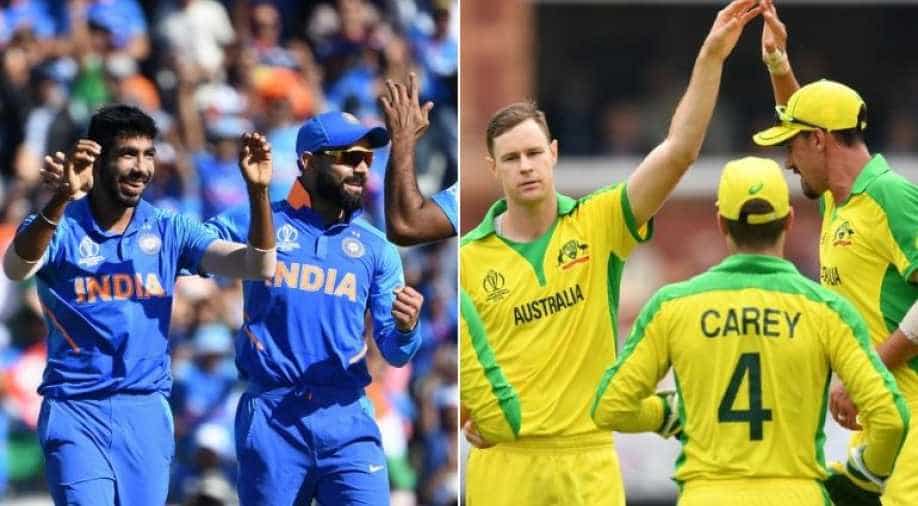 West Indies great Clive Lloyd believes Australia and India are the "standout" teams at the World Cup but has urged Virat Kohli's side to boost their batting if they are to dethrone the reigning champions.

Australia, whose only loss at the tournament so far has come against India, are already through to the semi-finals.

India will be assured of joining them if they beat Bangladesh on Tuesday and the two-time former champions are likely to get through to the knockout stage in any event.

Lloyd, the West Indies' captain when they won the first two men's World Cups in 1975 and 1979, has been impressed by Australia and India.

"They have been the two standout teams for me at this World Cup," said Lloyd in an ICC column published on Tuesday.

"They have understood the conditions better than any of the others," he said.

But Lloyd said India's 31-run defeat by England at Edgbaston on Sunday had exposed a weakness in Kohli's team.

"England played the right kind of game against them by attacking the spinners and they need to strengthen their batting lower down the order," said Lloyd.

Lloyd, now 74, was one of the original powerful shotmakers, which are now commonplace in one-day cricket.

The former West Indies skipper has tipped Australia left-hander Alex Carey, who scored 71 in the win against New Zealand, as a potential star of the tournament.

"Carey was a relative unknown beforehand but he bats with such maturity," he said. "He has the freedom to attack but also the technical skills needed to find the boundary,'' Lloyd said.

"He is a bolter and I have loved watching him play," he added.

The West Indies only have pride left to play for in their final group match against Afghanistan, with Jason Holder's men out of the running for a place in the semi-finals.

But Lloyd said it was "far from doom or gloom" for his old side, citing Nicholas Pooran's maiden ODI century in Monday's narrow defeat by Sri Lanka as a cause for optimism.

"He has done very well in this tournament and is someone we can really build around going forward," said Lloyd.

"He has a lot of things to learn but the raw ingredients are there for him to go on and become a fine player for the West Indies over the next few years," Lloyd added.