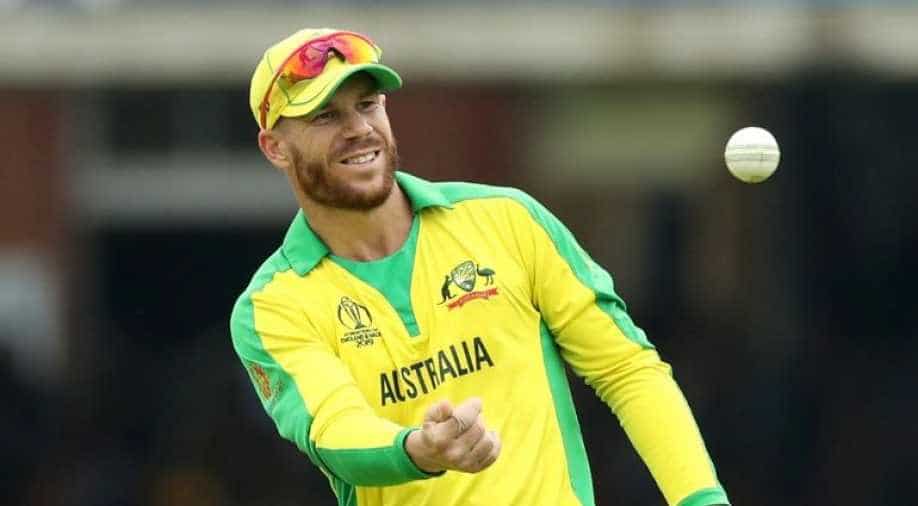 David Warner says he's living the dream playing for Australia at the World Cup and no amount of booing from England fans eager to remind him of his one-year ban for ball tampering is going to spoil his mood.

The left-handed batsman shared an opening stand of 123 with his captain Aaron Finch as the defending champions beat hosts and pre-tournament favourites England at Lord's on Tuesday to book a place in the semi-finals.

It was Warner's seventh match for Australia after returning from the ban for his part in the Newlands scandal and his innings of 53 runs took his tournament tally to 500 at an average of 83.33.

There were boos for Warner and his former captain Steve Smith when they took the field but the 32-year-old from the tough southeastern Sydney suburbs was not letting it bother him.

"At the end of the day. People have the right to come in here, they pay their dollars and if they want to boo us, they can. As I said before, I thrive on that stuff, I love it. I went out to the corner there... and copped it ," Warner told reporters at Lord's.

"At the end of the day you have to smile -- they pay their money to come and watch us and we are grateful for them to come and sit down and watch us. I always just smile. I take my glasses off and look everyone in the eye and just smile,'' Warner said.

"That is what it's about, I am living the dream, I am out here at Lord's, playing cricket for my country," he added.

Warner said 12 months out of international cricket and returning to his Randwick-Petersham club had effected a change in his outlook on his sport.

"For me, it is about enjoying the game. When it is taken away from you, you realise what it is all about. Going back to grassroots was fantastic," he said.

"I really saw smiles on people's faces to be out there on a Saturday afternoon, all the volunteers that come down and put time and effort in, whether it is making the drinks, making the lunches,'' said Warner.

"People's parents, my mum, my dad coming down, it is just great. You can't take that for granted. I am just grateful for the second opportunity to come back here and represent my country and do the country proud. You know I am just excited to be back here and playing World Cup cricket for Australia," added Warner.

Australia's next match is back at Lord's on Saturday against New Zealand, who they beat in the final to win the 2015 World Cup.