World Cup: Had a point to prove against Australia, says Virat Kohli 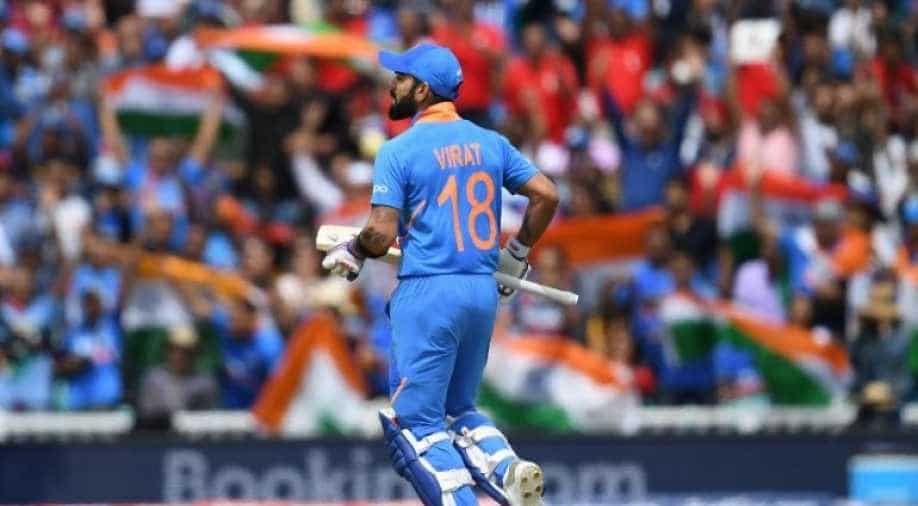 For his magnificent performance, Dhawan received Man of the Match award

The Indian skipper Virat Kohli was pleased after his side's 36-run win over defending champions Australia in the 14th match of Cricket World Cup 2019 on Sunday.

While chasing the massive target, Australia were all-out for 316 runs.

During the post-match presentation, Virat said, "A top, top win for us especially after losing that series in India. We had a point to prove against this side."

"We came here with intent right from ball one. The opening partnership was outstanding. I got a few runs, Hardik the way he played. It was a brilliant start with the ball on a wicket that was quite flat," added Kohli after India's second win of this tournament from as many games played.

That always pleases you as a captain. You have to bowl well. You can't take things for granted just because you have 350+ on the board. That 30 runs gives you the luxury.

On Bhuvneshwar Kumar performance, Virat said, "You can't take Bhuvi's performances in the one-day format for granted. He's a champion bowler and picks up wickets with the new ball and with the old ball."

Pacer Bhuvneshwar changed the course of the game when he took Steve Smith and Marcus Stoinis' wicket in quick succession.

"It was a game changer (the wickets of Smith and Stoinis in the same over). These guys are so experienced and professional, you hardly need to say anything to them. They know what to do. Their plans are being executed which is a very good thing for the team," said Virat Kohli.

India will play next New Zealand on Thursday.

India under pressure, that’s why they are taking MS Dhoni as mentor, says former Pakistan cricketer