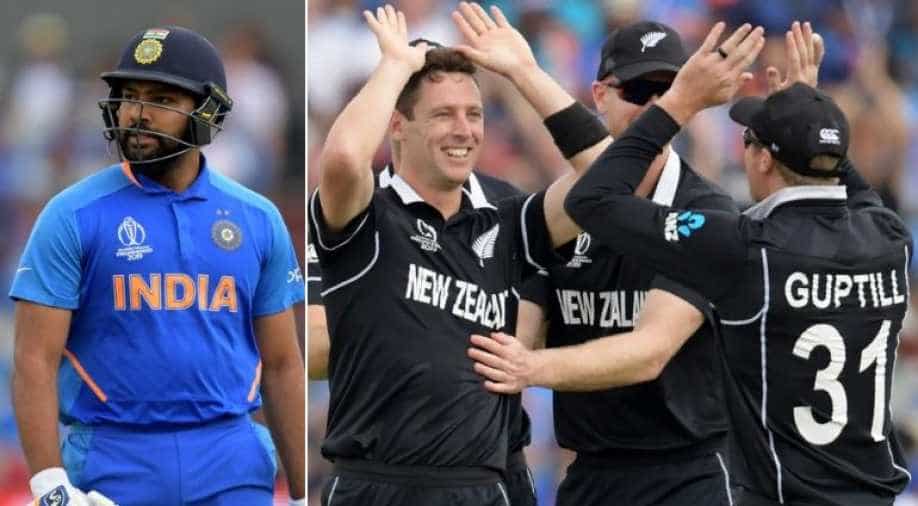 Henry dismissed Rohit, Rahul and Karthik and Virat lost his wicket to Boult

Opting to bat first, New Zealand put up a modest target of 240 in a game that was pushed to the reserve day as it was halted on Tuesday due to excessive rain.

Defending the target, New Zealand pacers Henry and Trent Boult gave an ideal start to the team as India saw key batsmen Rohit Sharma, Virat Kohli and KL Rahul all depart for one run each. Soon after that, Dinesh Karthik too lost his wicket after scoring 6 runs.

Henry dismissed Rohit, Rahul and Karthik and Virat lost his wicket to Boult.

You can see how much this means to New Zealand! https://t.co/YPqWsIRMfe

Sharma had come into this match having made five hundreds this tournament, a record for a single World Cup.

But the opener fell for just one when he edged a fine Henry delivery that curved away to wicketkeeper Tom Latham.

India captain Kohli went next, lbw to a superb inswinger from left-armer Boult.

Kohli reviewed but replays upheld English official Richard Illingworth's original out decision on umpire's call and, to the despair of the massed ranks of India fans in the ground, the star batsman had to go.

While filing this story, India scored 51 for a loss of four wickets after 17 overs.