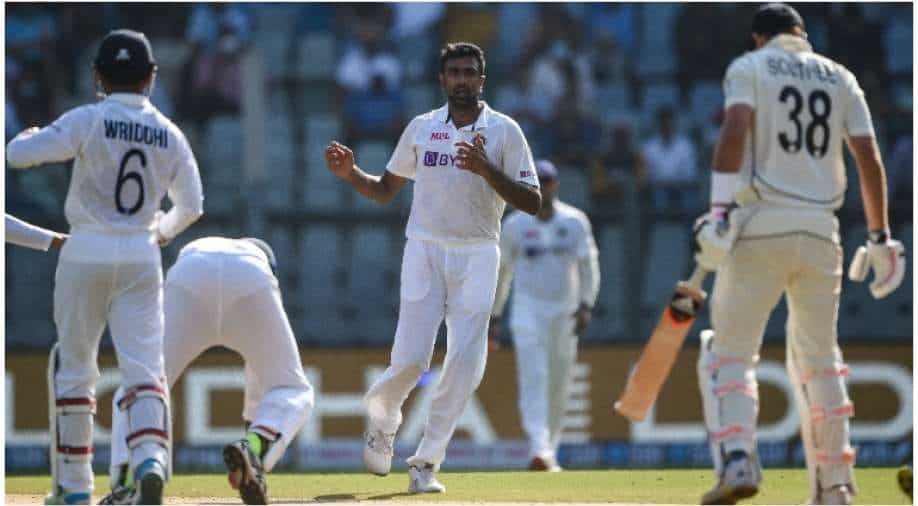 R Ashwin returned with the Player-of-the-Series in the NZ Tests. Former England pacer feels he won't be surprised if Ashwin doesn't play in the South Africa series.

Back then, Ashwin scored a century and accounted for as many as 32 scalps in the series. Despite his heroics, Ashwin wasn't part of India's playing XI in the away Tests versus England, in the United Kingdom, in mid-2021. Hence, former England pacer Steve Harmison says he won't be surprised if Ashwin once again doesn't play in India's forthcoming Tests versus South Africa, in the African nation, as he has often not been preferred in the line-up in away Tests.

Harmison said in a video shared on his Youtube channel, "The problem I find in predicting this Indian side is there's logic and then there's Kohli's idea of what the team should be. Who on earth would have thought that Ashwin would have missed so much cricket against England? You can never what Virat wants what he is trying or his thinking process is. You would think the two young guys in Iyer and Agarwal would be going to South Africa on the back of scoring 100s in this series, it wouldn't surprise me if Rahane and Pujara play, and wouldn't surprise me if Ashwin doesn't play."

He added, "Jadeja is important for this team with Pant at No. 6 and 7. Even though Axar can bat and so can Ashwin. But Jadeja bats nicely at 7 and I still think there is room for one more spinner. The skill level for Ashwin is as good as any seam bowler would bowl on any seam-friendly wicket. But this guy is so skillful, so meticulous and can create so much pressure that even your fourth seamer cannot be as threatening as R Ashwin. And then you pick your three fast bowlers, which for me would be Shami, Bumrah and Siraj."

Ashwin, who is now India's third-highest wicket-taker in whites, will be hoping to carry forward his good form in the South Africa series. The upcoming Tests will commence on December 26, in Centurion, which will be followed by two Tests and three ODIs in early 2022.