'Within the rules': Shocked Barty says Muchova timeout not to blame 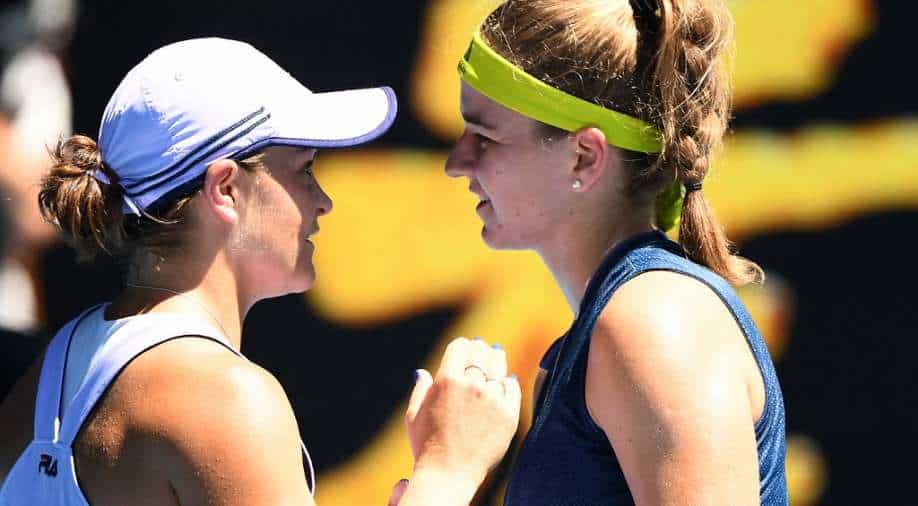 Karolina Muchova said she was living a dream Thursday after staging a stunning comeback to upset Ashleigh Barty and storm into the Australian Open semi-finals, rallying from a set down.

Ashleigh Barty said Thursday Karolina Muchova was within her rights to take a medical timeout that changed the course of their Australian Open quarter-final because her "head was spinning".

A revitalised Muchova, who fought back on a hot day to snuff out hopes of first Australian champion for 43 years with a shock 1-6, 6-3, 6-2 win, said: "It was very tough and I was a bit lost on the court and my head was spinning so I took a break. It helped me."

Barty said it was not for her to pass judgement on her opponent's actions.

"When you call for the trainer, you obviously tell the umpire what the reason is," said the world number one.

"And then the doctor and physios come out and assess it. That's within the rules," said Barty.

"Obviously there are rules when we go off the court for whatever areas you're getting treated because that's quite normal.

"But that's not really my decision to make on whether or what her medical condition was or what the timeout was for."

Muchova, down 1-2 in the second set at the time, broke Barty immediately after the timeout then earned another to take the set.

"I was disappointed that I let that become a turning point," said Barty, who was bidding to become the first home winner since Chris O'Neil in 1978.

"I'm experienced anough now to be able to deal with that. I would have liked to have just been a little bit sharper the next game."

The Australian's error count began mounting as Muchova surged into her first ever Grand Slam semi-final.

"Probably pressed a little bit trying to be overly aggressive," she admitted.

Barty had enjoyed a great start to the season after not playing for almost 12 months because of coronavirus, winning a pre-Australian Open warm-up Yarra Valley Classic at Melbourne Park and not dropping a set in the first four rounds of the Australian Open.

"Yeah, it's heartbreaking, of course," she said.

"But will it deter me, will it ruin the fact we've had a really successful start to our season? Absolutely not."