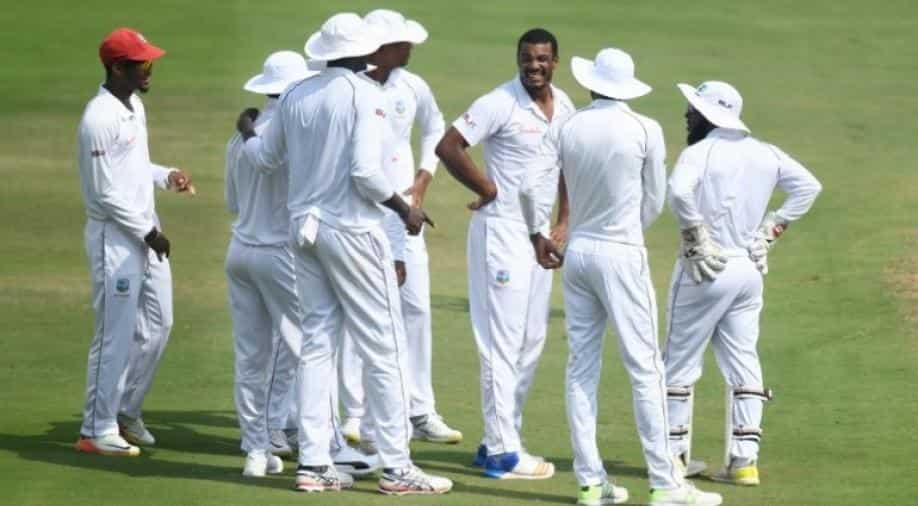 West Indies were 76 for 6 in their second innings at tea on the third day of the second and final Test against India here on Sunday.

R Ashwin and Shradul Thakur on Sunday took India's lead to 56 runs after the team was bowled out for 367 runs at lunch on the third day of the 2nd Test match.

Wicketkeeper-batsman Rishabh Pant top scored with 92 after being involved in a 152-run fifth-wicket stand with Ajinkya Rahane, who made 80.

Ashwin made 35 before being bowled by Shannon Gabriel in an extended first session. His was the last wicket Windies took to end Men in blue's innings.