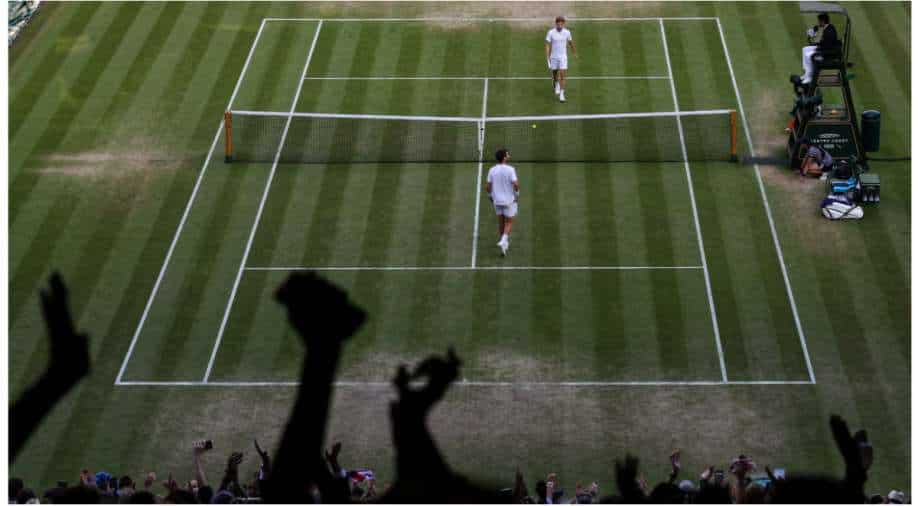 An email was sent by the All England Club to all the players reminding them to be more ‘judicious’ in using their allowance and further instructed them to not spend their expenses unnecessarily. Here's the whole story:

The Wimbledon 2022 edition is living upto expectations with several surprising results and some humdingers being played at regular intervals. The 135th edition of the premier tournament in London, England has created enough eyeballs as it is heading towards a fitting conclusion. However, a lot of noise has also been made outside the court.

Recently, an incident made heads turn as Wimbledon issued a warning to players, coaches and the support staff regarding the wise use of daily food allowance. For the unversed, each player at Wimbledon gets £90 per day on food allowances. Meanwhile, their coaches receive only half of that. While there is no particular set of instructions on how the players and their coaches should use the amount, the All England Club recently schooled one and all after it was found that a coach had bagged 27 probiotic yogurts from his daily food allowance.

An email was sent by the All England Club to all the players reminding them to be more ‘judicious’ in using their allowance and further instructed them to not spend their expenses unnecessarily.

“Each player and coach gets an allocated amount each day so everyone wants to use the full amount to get their money’s worth,” said a source to The Sun.

The players and their coaching staff can spend their daily allowances at as many as six different outlets -- including two coffee shops, two sandwich places, and an equal number of restaurants. However, alcohol is completely off the menu.

While rumours have been rife that the email was sent due to the ongoing cost of living crisis in the UK, however, a source from The All England Tennis Club insisted to The Irish Mirror that it isn't the case.