Wimbledon 2021: Novak Djokovic to clash with American qualifier Denis Kudla in the third round 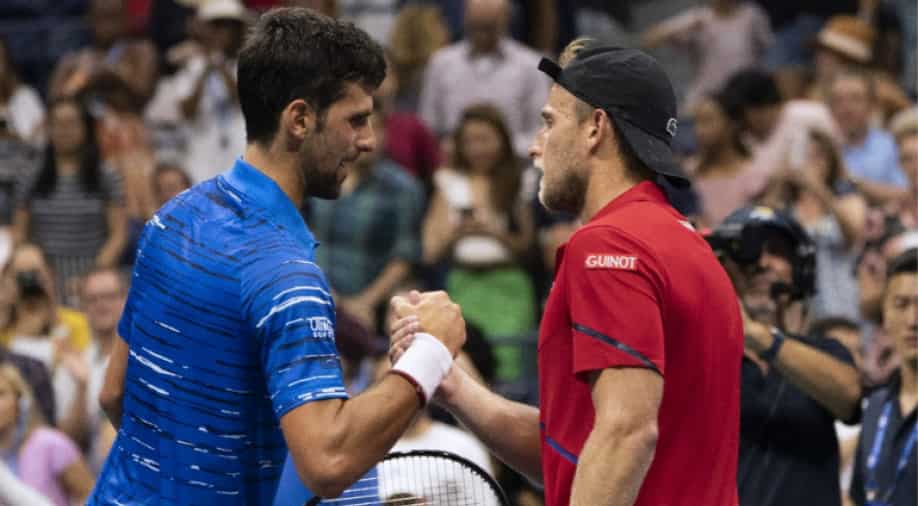 The reigning champion will take on American qualifier Denis Kudla in the third round. Novak Djokovic is competing for a third sequential Grand Slam title at the All England Club this year.

Novak Djokovic is competing for a third sequential Grand Slam title, a sixth Wimbledon title, and the twentieth Major of his profession at the All England Club this year.

The World No. 1 in London got off to an unpleasant beginning as he lost the first set of his opener to Jack Draper. Yet, he raised his level over the course of the following three sets to seal a four-set win. He then, at that point proceeded to overcome Kevin Anderson in straight sets, in a rehash of the 2018 Wimbledon final.

Denis Kudla arrived at the finals and quarterfinals of the two Challengers in Nottingham preceding the Championships. After coming through qualifying at Wimbledon, he crushed 30th seed and French Open quarter-finalist Alejandro Davidovich Fokina in an exciting five-set first-round.

The reigning champion will take on American qualifier Denis Kudla in the third round.

With respect to service games, Novak Djokovic terminated nine aces and he submitted just one double deficiency. Novak Djokovic was very viable on serve to win 85% of his first serve and 69% on the subsequent serve. This was the principal justification for not yielding a solitary break during the match. He broke Kevin Anderson multiple times subsequent to changing over half of his break focuses.

Novak Djokovic has a gigantic success loss record over the most recent 10 years having won 87% of his matches, 2-0 on the grass in 2021.

Looking at service games, Denis Kudla fired six aces. Generally speaking, Denis Kudla was especially successful on serve to win 75% of his first serve and 59% on the subsequent serve. In any case, this didn't forestall his to yield the serve once. He broke Andreas Seppi multiple times subsequent to changing over 67% of his break focuses.

Novak Djokovic comes into the third-round challenge overflowing with certainty. The Serb served unimaginably in his initial two rounds, surrendering only one break of serve and two break focuses. Giving that World No.1 doesn't endure any significant lapses in focus, he should serenely progress to the following round.

Denis Kudla, in the meantime, can be a danger on the grass. He can discover superb points from the baseline and furthermore hits with a ton of depth. Moreover, his serve isn't the greatest and could experience harsh criticism against a player broadly viewed as the best returner on tour.