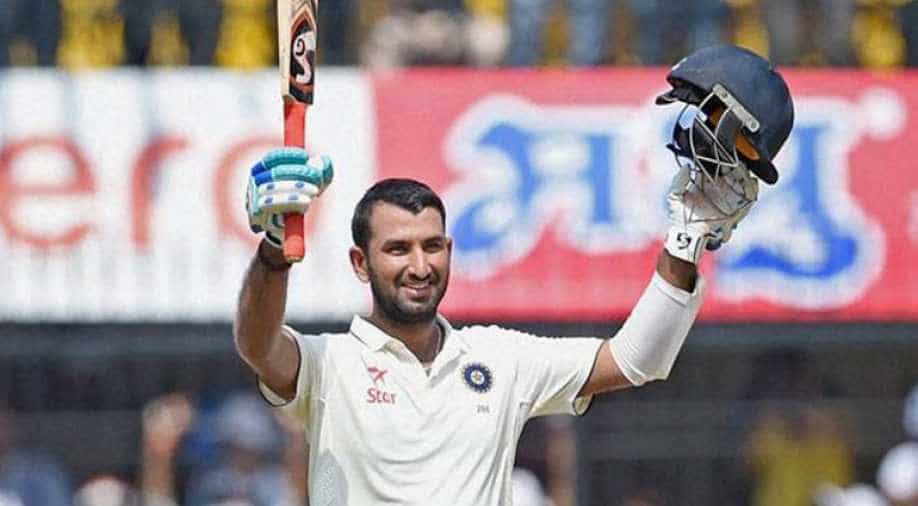 Indian batsman Cheteshwar Pujara on Saturday said that the pitch for the second Test played against England in Chennai was not "dangerous" at all while adding it players find it difficult to score runs when the ball spins. Pujara was even asked about the IPL 2021 auction, where he was signed by Chennai Super Kings.

Indian batsman Cheteshwar Pujara on Saturday said that the pitch for the second Test played against England in Chennai was not "dangerous" at all while adding it players find it difficult to score runs when the ball spins. Pujara was even asked about the IPL 2021 auction, where he was signed by Chennai Super Kings.

India defeated England by 317 runs in the second Test in Chennai to level the series 1-1. Now the focus shifts to Ahmedabad, where the last two Tests of the series will be played at the world's largest stadium – Motera.

While there are still a few days to go before one could analyse the pitch in Ahmedabad, former players like Michael Vaughan and Mark Waugh termed the Chennai pitch as poor.

"Sometimes you know when you are playing on a turning track, you find it difficult but at the same time, it was not a dangerous pitch at all. When the ball spins you know people find it difficult to score runs, especially the overseas teams. When we go overseas and we play on seaming tracks, the game finishes in three or four days. We still have to play on such wickets where there is a lot of grass or seam movement," Pujara told a virtual press conference on Saturday.

"In turning tracks, one cannot define how much the ball can spin. It is a very thin line in that way. I do not think it was a bad pitch, it always becomes difficult in the second innings, this is how it is. When we play in Australia, there are cracks on day four and five, it is a little dangerous, the oddball hits the crack and it might take off. As a team I do not think we had any issues, once opposition teams start playing more on these pitches, they will be fine," he added.

Pujara was recently signed up by Chennai Super Kings for the 14th edition of the Indian Premier League for his base price. However, Pujara was all set to play County cricket in a bid to prepare for India's tour of England later this year. Now, with both IPL and County season clashing, Pujara said that he always wanted to play the shorter format of the game and will take a call on County cricket once the IPL gets over as he will have a small window to play some matches in England after the end of the cash-rich tournament.

"First of all, I am really glad to be a part of the IPL, it is good to be back again. I would like to thank the CSK team for picking me, but at the same time, when I am talking about county cricket, I still think I will have enough time before we play England in England. Once IPL gets over, there will be a window for me to play county games. That call I will take once IPL gets over. There will be enough time to play some county games. We also have a couple of practice games in England once the Test series begins there," said Pujara.

ALSO READ: Proud of your success: Sachin Tendulkar reacts after Virat Kohli opens up about battle with depression

"There is plenty of time to play county cricket but it is good to be back in the IPL. You know, I always want to play the short format of the game, IPL has produced so many great cricketers, some young talent we have got through the IPL, it has helped the Indian team. My focus once this Test series gets over will be on the IPL and once IPL gets over, I will think about county games and then there is a big series coming up against England. I am very hopeful that we will play the World Test Championship final as well which is in June," he added.