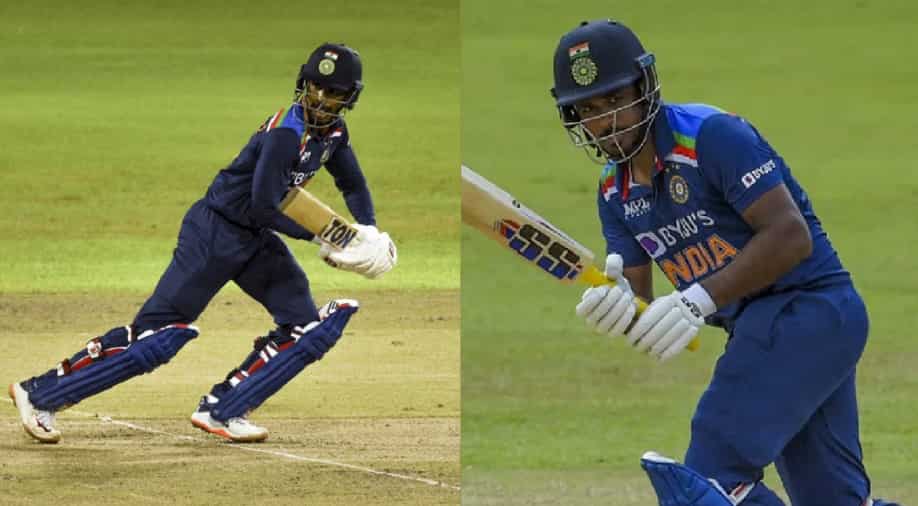 Will Sanju Samson replace injured Ruturaj Gaikwad for India in their second T20I against Ireland on Tuesday? India will be hoping to clean sweep the series 2-0 after winning the first T20I comprehensively by 7 wickets.

India will be aiming to clean sweep the two-match series 2-0 when they lock horns with Ireland in the second T20I at The Village in Dublin on Tuesday (June 28). India defeated the hosts comprehensively by seven wickets in the series-opener at the same venue on Sunday to take a 1-0 lead and will be hoping to make it two wins on the trot. Indian skipper Hardik Pandya would have liked to avoid any changes in the line-up but the visitors might make a forced change in the 2nd T20I.

Indian opener Ruturaj Gaikwad picked up a niggle while fielding during the first game and didn't come out to open the batting as Deepak Hooda replaced him at the top. Hooda went on to play a fantastic knock of unbeaten 47 to take India home in the 109-run chase with 2.4 overs to spare.

If Gaikwad fails to make the cut in the playing XI on Tuesday due to his injury, wicket-keeper batter Sanju Samson might get a chance. Samson was not picked in the XI for the series-opener much to the surprise of many, who believe the wicket-keeper batter deserves a good run with the Indian team ahead of the T20 World Cup 2022.

However, with intense competition for spots in the middle-order Samson has so far failed to nail down a spot in the team and has also been devoid of chances. If Gaikwad remains on the sidelines, Hooda might be asked to open again with Kishan while Samson will slot into the middle order with Pandya and Dinesh Karthik.

The first T20I was reduced to a 12-overs-per-side contest after rain hampered the proceedings but a full game is expected on Tuesday with the weather forecast being good for the duration of play. While there can be a change in the batting line-up, India might go with the same bowling attack in the 2nd T20I.

Umran Malik, who made his India debut in the series-opener, got a chance to bowl just one over and was taken off after conceding 14 off it. However, the team management might retain him in the XI to boost his confidence. Avesh Khan and Bhuvneshwar Kumar are expected to keep their place while Yuzvendra Chahal and Axar Patel will be the two spinners.