'Why would I do that for 1 million rupees?': S Sreesanth opens up on infamous 2013 IPL match-fixing saga 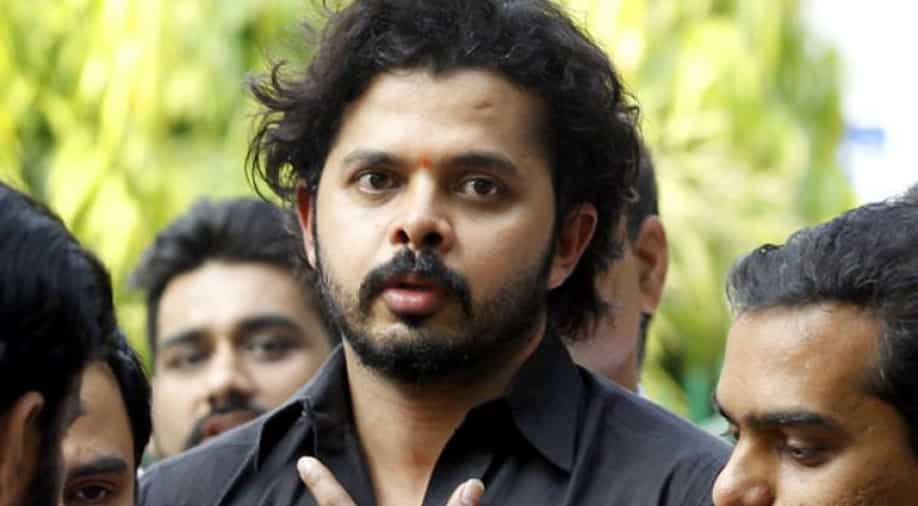 Discarded India pacer S Sreesanth has opened up on the infamous 2013 IPL match-fixing saga and rubbished the allegations levelled against him.

Discarded Indian pacer S Sreesanth has opened on the infamous 2013 Indian Premier League (IPL) match-fixing saga. The Kerala pacer was one of the most prolific wicket-takers for India under MS Dhoni's initial years of captaincy before his career went downhill. Sreesanth was part of India's 2007 T20 World Cup and 2011 ODI World Cup-winning squads.

Sreesanth was arrested after being accused of match-fixing in 2013 which saw him getting banned from all forms of cricket by the Board of Control of Cricket in India (BCCI). His international and domestic career came to an abrupt end in 2013 after the match-fixing saga.

He made his comeback to domestic cricket earlier this year after serving a seven-year ban. Sreesanth has now opened up on the match-fixing saga and rubbished the allegations levelled against him by stating that he would not think of such acts for Rs 10 lakh ( INR 1 million) when his party bills around the time used to be Rs 2 lakh (INR 200,000).

“This is the first interview in which I am sharing or explaining it. It was supposed to be one over and 14-plus runs. I bowled four balls for five runs. No no-ball, no wide and not a single slower ball in an IPL game. I was bowling at 130-plus after 12 surgeries on my toe," Sreesanth told Sportskeeda in an interview.

“I had played the Irani Trophy and was looking to play the South African series, so that we can win in September 2013. We were going early, and it moves better in September. My goal was to play that series. A person like that, why would I do it, that too for 10 lakhs?, I am not talking big but I used to have bills of around 2 lakh when I partied around," he added.

Sreesanth further went on to explain how he never had an excess amount of cash and always used his card for payments. The right-arm pacer, who has been plying his trade for Kerala in the domestic circuit, thanked his fans for the support to sail through the hard times.

"I used to pay with my card not cash. If I had so much of cash, I would have been spraying it out. In fact, I used to take care of even a normal person," said Sreesanth.

"In my life, I have only helped and given belief. I have helped a lot of people, and those prayers helped me get out of this. All I would ask is - two balls, five runs, two balls to go. How would I give away all that I had invested? No way,” he concluded," he added.

Sreesanth has played 27 Tests, 53 ODIs and 10 T20Is in his international career with a total of 345 wickets to his name across formats. He last played for India in 2011 and was last seen in action during the Syed Mushtaq Ali Trophy earlier this year.