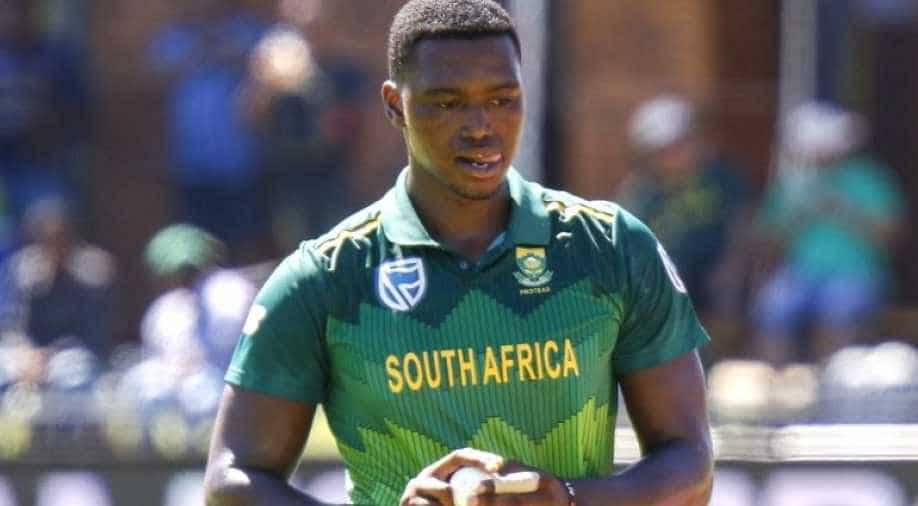 Both Dippenaar and Symcox replied to a Facebook post by Rudi Steyn, who posted an article about Ngidi urging South African cricketers to take a stand on the BLM movement.

Steyn, while posting, said: “I believe the Proteas should make a stand against racism, but if they stand up for “black lives matter” while ignoring the way white farmers are daily being “slaughtered” like animals, they have lost my vote.”

I believe the Proteas should make a stand against racism, but if they stand up for "black lives matter" while ignoring the way white farmers are daily being "slaughtered" like animals, they have lost my vote.

Dippenaar, who represented South Africa in 38 Tests and 107 ODIs, said “all lives matter” while adding that the Proteas quick should support farmers’ issues in the country.

“I am afraid to say “Black Lives Matter” have become nothing more than leftist political movement,” Dippenaar said. “I would suggest that Lungi Ngidi listens a bit more to likes of Thomas Sowell, Larry Elder, Walter Williams and Milton Friedman.

Whereas, Symcox, who played 20 Tests and 80 ODIs for the Proteas, said that Ngidi should stop       “trying to get the Proteas involved in his belief”.

“What nonsense is this,” Symcox said. “He must take his own stand if he wishes. Stop trying to get the Proteas involved in his belief. Besides the fact that right now Cricket South Africa should be closed down. A proper dog and pony show with cricket being dragged through the mud daily. Buy popcorn and watch.

Stay strong Lungi Ngidi and stand firm by your beliefs. Many of the current and former South African cricket players will show their true colours one by one. #BlackLivesMatter pic.twitter.com/6hiY8XXiPY

“Now when Ngidi has his next meal perhaps he would rather consider supporting the farmers of South Africa who are under pressure right now. A cause worth supporting.”

ALSO READ: Michael Holding on racism: 'Until we educate the entire human race, racism will not stop'

Earlier, Ngidi had expressed the need for the South African cricketers to take a solid stand on Black Lives Matter movement while suggesting South Africa’s painful history with apartheid and racial discrimination made it necessary for the players to take a stand.

“As a nation, we have a past that is very difficult, with racial discrimination, so it’s definitely something we will be addressing as a team and if we are not, it’s something I will bring up,” Ngidi had said during a virtual press conference.

“It’s something that we need to take very seriously and like the rest of the world is doing, make the stand.”

Meanwhile, England and West Indies players, staff and umpires took a knee in support of the BLM movement just before the start of the first Test at the Ageas Bowl in Southampton on Wednesday.