Where is Rohit Sharma? Why is transparency missing from BCCI? 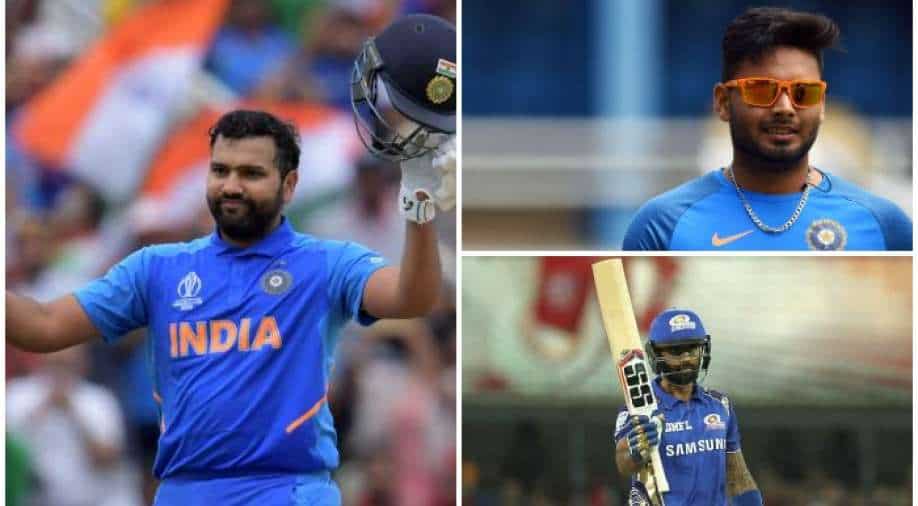 Where is Rohit Sharma? Why is transparency missing from BCCI? Photograph:( Agencies )

The All-India Senior Selection Committee on Monday announced the Team India’s squad for the upcoming Australia tour which consists of three T20Is, as many ODIs and four Tests. While some new names featured in three of the squads, a big name in Rohit Sharma was missing from the team sheet. As soon as the squads were announced for the Australia tour, fans and experts started to ask about Rohit Sharma’s fitness.

The All-India Senior Selection Committee on Monday announced the Team India’s squad for the upcoming Australia tour which consists of three T20Is, as many ODIs and four Tests. While some new names featured in three of the squads, a big name in Rohit Sharma was missing from the team sheet. As soon as the squads were announced for the Australia tour, fans and experts started to ask about Rohit Sharma’s fitness.

Rohit, who has blown hot and cold for Mumbai Indians in Indian Premier League (IPL) 2020 so far, had missed his franchise’s last couple of games where Kieron Pollard was seen leading the Mumbai outfit in Hitman’s absence. While it is understood that Rohit is still recovering from a hamstring strain, the Board of Control for Cricket in Indian (BCCI) in its press release stated: “The BCCI Medical Team will continue to monitor the progress of Rohit Sharma”.

No proper fitness update has been provided by the Mumbai Indians camp either as fans and media continue to remain in the dark. Even there are many other points that should have been cleared up by the board and selection committee. Why was Suryakumar Yadav overlooked again? Still no place for Ravichandran Ashwin and Axar Patel in shorter formats? Why was Rishabh Pant dropped from the limited-overs squad?

Indian legend Gavaskar, during the Kings XI Punjab vs Kolkata Knight Riders match, called for a bit of transparency and openness as it will help everybody associated with Indian cricket, including the fans. Even Brett Lee, in Star Sports Dugout, assumed that Rohit is ruled out of IPL 2020. Well, that's what unclarity brings to the table.

“We are talking about the Test matches, which are a month and a halfway,” Gavaskar told Star Sports.

“And if he is practising in the nets for Mumbai Indians, then honestly I don’t know what kind of injury it is. I think a little bit of transparency, a little bit of openness about what actually is the problem with him will help everybody,” he added.

“The Indian cricket fan deserves to know, more than anything else. The franchisees, I understand. They don’t want to give their hand away. They don’t want to give the oppositions any psychological advantage. But we are talking about the Indian team here. Even Mayank Agarwal for example. For an Indian cricket fan, they ought to know what happens to two of their key players,” Gavaskar said.

Interestingly, moments later after the BCCI announced the squad for Australia tour, in which Rohit’s name was missing, Mumbai Indians took to social media platform Twitter to post a short clip of Rohit hitting the nets and smashing some delightful strokes as they captioned it: “45 seconds of RO 45 in full flow!” So will it be right to say it's an open war between MI and BCCI? That's what happens when there are so many unanswered questions.

The video came as a surprise to many as BCCI had named KL Rahul as vice-captain of ODI and T20I squad as Rohit’s name went missing.

"If Rohit can play during the last week of IPL, that will be a good enough fitness test and then selectors can think of getting him back in the squad," a source close to the cricketer told PTI on conditions of anonymity.

"Rahul is being looked as India's first-choice white-ball keeper till the 2021 World T20 and beyond. Also he has impressed everyone with his leadership skills and that's why this elevation as vice-captain," the source said.

Even Rishabh Pant was dropped from the ODI and T20I squad but was named in the Test squad. Speculations are rife that the southpaw was dropped due to poor fitness but doesn’t Test cricket demand a lot more fitness than the shorter formats?

As Sunil Gavaskar said, a bit of transparency from the BCCI would help everybody. No press conference was held despite it being the first squad selection under chief selector Sunil Joshi and that too, for such a major tour.

Whatever the case may be with Rohit Sharma, Rishabh Pant or other players who were not named like Suryakumar Yadav, fans of the sport deserve to know the answer to few questions.