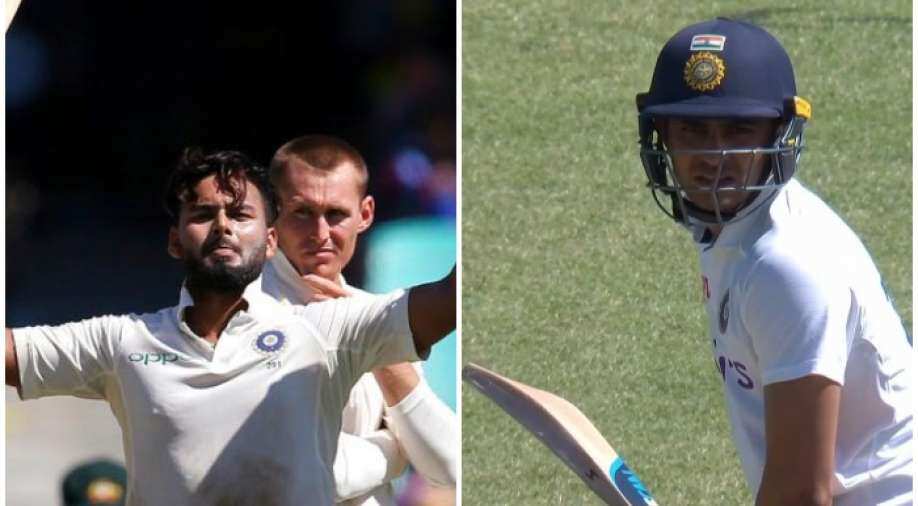 The Indian team on Thursday announced its playing XI for the first Test of the four-match Border Gavaskar Trophy with a couple of surprising picks. Prithvi Shaw and Wriddhiman Saha were picked over Shubman Gill and Rishabh Pant and fans were left scratching their heads over the calls.

The Indian team on Thursday announced its playing XI for the first Test of the four-match Border Gavaskar Trophy with a couple of surprising picks. The day-night Test at the Adelaide Oval is set to be played between India and Australia from December 17 in what promises to be a thrilling pink-ball Test. However, some of the fans were irked by the calls taken by the Indian team management after the playing XI for the Adelaide Test was announced.

Prithvi Shaw and Wriddhiman Saha were picked over Shubman Gill and Rishabh Pant and fans were left scratching their heads over the calls. Shaw has been out of form for some time now. Even though it would be harsh on the youngster to mix formats and judge his form, Shaw’s form in the two warm-up matches against Australia A suggested that he is struggling with his technique and confidence. His form in IPL and knack of finding different ways of throwing his wickets away has been questioned by pundits and fans.

On the other hand, Shubman Gill looked classy in the warm-up matches and scored a scintillating half-century in the pink-ball warm-up match against Australia A. Gill’s technique has been praised by many and given the bouncier conditions in Australia, his comfort of playing the ball on the up was seen as an added advantage. However, he will have to wait for his Test cap and is expected to be in the playing XI once Virat Kohli leaves for India after the Adelaide Test.

In the Practice matches against Australia A, Prithvi Shaw scores is 0, 19, 40 and 3 and Shubman Gill scorers 0, 29, 43, and 65. Gill was in excellent form and he looked very good in the Pink Ball Practice match while batting. #AUSvsIND

I am finding it difficult to understand why KL Rahul and Shubman Gill are sitting outside. Prithvi Shaw was a failure in both practice games.

Shubman Gill should have been in the playing 11. He is much more consistent than Prithvi Shaw. https://t.co/7WX1afpcqv

Terrible.
Shubman Gill having proved his abilities in the warm up matches but still not in the playing 11.
Shubman Gill should've been replaced for Prithvi Shaw. pic.twitter.com/09UGjJRrGs

It's just too hard on Shubman Gill. Looked in fine touch in practice match. Even in NZ tour games he scored 83, 204* 136 in first class games still fail to debut . I hope they select him in 2nd Test when kohli leaves. #AUSvIND #INDvAUS #Shubmangill

Tough luck Shubman Gill and KL Rahul! Team Management has gone with a big gamble here with Shaw and Saha!#AUSvsIND

Rishabh Pant should’ve made it in the playing XI

He had a brilliant practice game he is a busy batsmen would keep the score board ticking over fast. #AUSvIND

Wriddhiman Saha, who is arguably the finest wicket-keeper in the world, has been picked over Rishabh Pant. While Pant’s form is also not the best, the southpaw scored a breathtaking century in the second warm-up match against Australia A.

If Shaw can get picked due to his previous performances in Test then it was Pant who scored a century on Australian soil the last time India visited Down Under.

While some of the fans are irked by these two decisions, they would be hoping that India start the much-awaited series with a win over Australia.