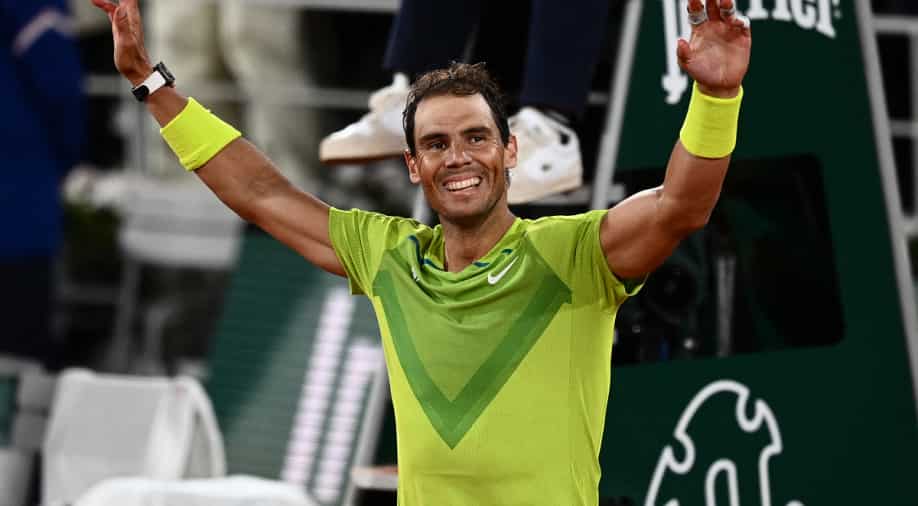 Rafael Nadal defeated Novak Djokovic in a thrilling clash which lasted over four hours in Paris as the Spaniard reached the semi-final of the French Open 2022 on Wednesday (June 01). Here's how fans and tennis greats reacted to Nadal's epic win over the world no.1.

Rafael Nadal once again proved why beating him at the French Open remains one of the most difficult feats to pull off on a tennis court. The Spaniard defeated world no.1 Djokovic in a thrilling four-setter in Paris to reach the semi-finals of the tournament. Nadal and Djokovic produced an enthralling contest which saw the two superstars give their all on the court in a bid to get the better of each other. It was the 59th meeting between the arch-rivals and Nadal managed to come out on top against the Serbian ace.

It was a draining quarter-final clash between two of the greatest tennis players ever as it lasted for over four hours before Nadal won the match 6-2, 4-6, 6-2, 7-6(4). Nadal now stands just a couple of steps away from lifting his 14th French Open title after an incredible display against Djokovic.

Djokovic was arguably the favourite against Nadal ahead of the quarterfinal considering the Spaniard's inconsistent form and issues due to injuries. However, Nadal seemed to have saved his best for the Serbian and did little wrong in the quarter-final to claim his 29th win against the world no.1 in a total of 59 meetings between the duo.

Nadal was hailed by many on Twitter for his stupendous show against Djokovic as fans relished another enthralling contest between the two arch-rivals. The likes of legendary Rod Laver, former world no.3 Pam Shriver and others hailed the Spaniard for his memorable victory. Several fans also took to Twitter to congratulate Nadal on the win.

59 times over 17 years, the Novak and Rafa chronicle is as thrilling as ever. What a delight to witness another installment on Philippe Chatrier tonight. Congratulations on this occasion @RafaelNadal. The quest for 14 #RolandGarros titles continues. Incredible.

Thanks for my VPN and @TennisChannel plus and @twitter space with @RobSimmelkjaer @chris_eubanks96 and friends from around the world what an amazing night of tennis 🎾 👏🏼👏🏼👏🏼 Rafa!

The One. The Only. @RafaelNadal .. what a BATTLE! Physical, psychological, tactical test of wills. I've long ago run out of words for the matches between these two. As always a privilege to watch ! @DjokerNole #RolandGarros Enjoyed the call Jason and JC!

Beating Rafael Nadal at the French Open remains one of the truly greatest challenges in all of sports.

What a game.. Nadal just too good. Djokovic felt like he was too much up and down today, not used to see him like that.

Nadal has had a fantastic 2022 so far. He won the Australian Open earlier this year to become the first male tennis player to win 21 Grand Slams in his career and is now eyeing his 22nd title at Roland Garros. Nadal will now lock horns with Alexander Zvervev in the semi-final of the French Open 2022.