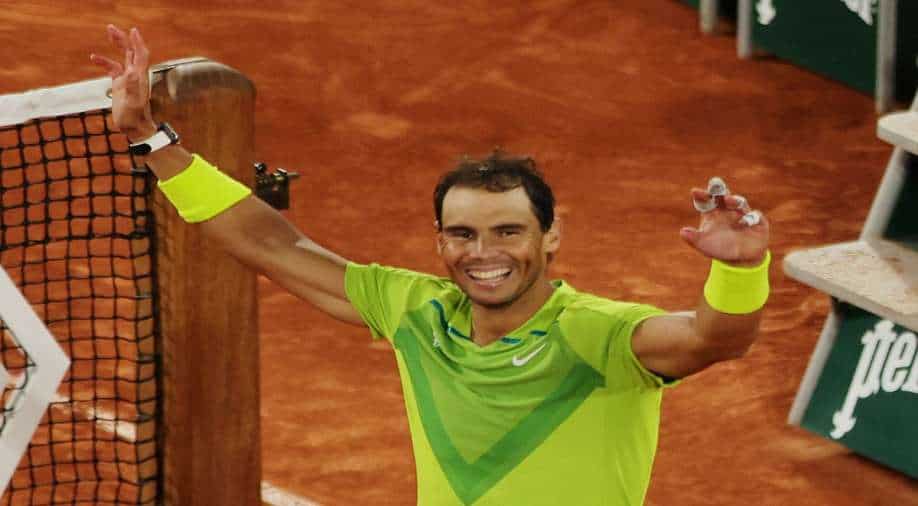 Rafael Nadal has beaten world number 1 Novak Djokovic to secure a place in the semi-finals of French Open 2022.

Nadal, a 13-time Roland Garros champion is often regarded as the greatest player on clay. Wednesday's match was 59th career meet of Nadal-Djokovic.

"I'm very emotional. For me it's incredible to play here," said Nadal. "This feeling is incredible for me.

"Playing against him is always an amazing challenge... To win against Novak, there is only one way, to play your best from the first point until the last."

Nadal was quoted by AFP.

Rafa, as he is fondly called, has lost just three of his 113 matches on the Paris clay since 2005. The year was special for Nadal as it marked his title-winning debut. Now, he only tails 30-29 to Djokovic in their career head-to-head.

The Spaniard, seeded fifth, remains on course for a record-extending 22nd Grand Slam title after lifting this year's Australian Open, which Djokovic missed after being deported from the country over his Covid vaccination status.