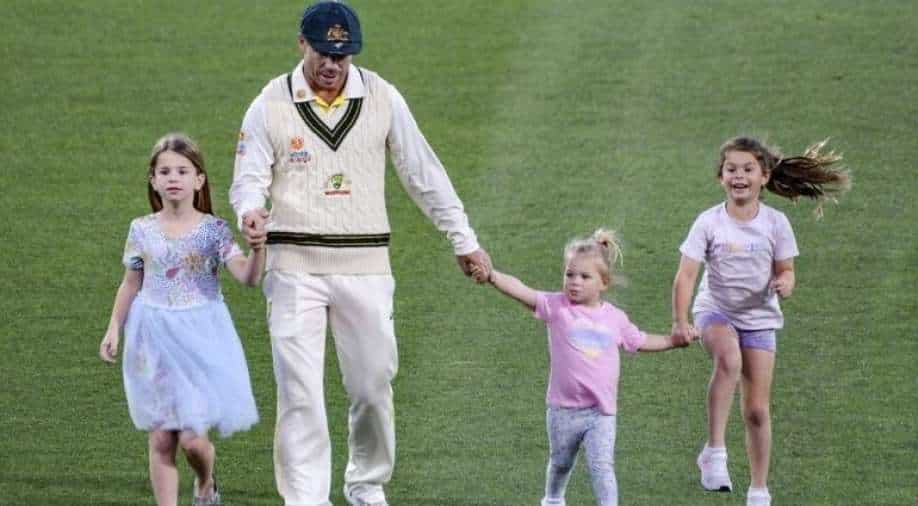 Warner said that age is not a barrier, and praised England bowler James Anderson for establishing a very high standard in Test cricket.

After reclaiming the Ashes, Australia's opening batter David Warner stated on Wednesday that it would be wonderful if his team could beat India in India, as they are yet to do so.

Warner also hinted at another attempt at winning the Ashes in England. In 2019, the left-handed batsman struggled in England, as he was repeatedly dismissed by Stuart Broad.

"We still haven't beaten India in India. That would be nice to do. And obviously, England away, we had a drawn series in 2019, but hopefully, if I managed to get that chance and opportunity, I might think about going back," ESPNcricinfo quoted Warner as saying.

Warner also stated that age is not a barrier, and he praised England bowler James Anderson for establishing a very high standard in Test cricket.

"I think James Anderson sets the benchmark for older guys these days. We look up to him as we're getting on in our days. But for me, it's about performing to the best of my ability and putting runs on the board. In the first two Tests, I actually look like a proper batsman, it's almost like I've played my career the other way and had to knuckle down and respect the bowling and the line and lengths that they were bowling and obviously, the hundred eluded me," added Warner.

"I feel in good touch. As I said, I was out of runs not out of form, so hopefully, I can put some more numbers on the board leading into this new year," he further said.

Warner has been in fantastic form in the present Ashes 2021-22 series, hitting 240 runs at an average of 60 in three matches. He'd like to finish the series as the top run-scorer in the five-match battle, which is currently being led by Joe Root.

ALSO READ: All planning, thoughts and structures have been wrong: Ponting slams England for horror show in Ashes

Warner also helped Australia win T20 World Cup in which he was adjudged as the 'Man of the Tournament' earlier this year.

Pacer Scott Boland claimed six wickets in the second innings as Australia thrashed England by an innings and 14 runs in the third Ashes Test at the Melbourne Cricket Ground on Tuesday. With this victory, Australia reclaimed the Ashes, taking an unassailable 3-0 lead in the five-match series.