'We can win 5-0': Australian star makes bold Ashes prediction ahead of 2nd Test against England 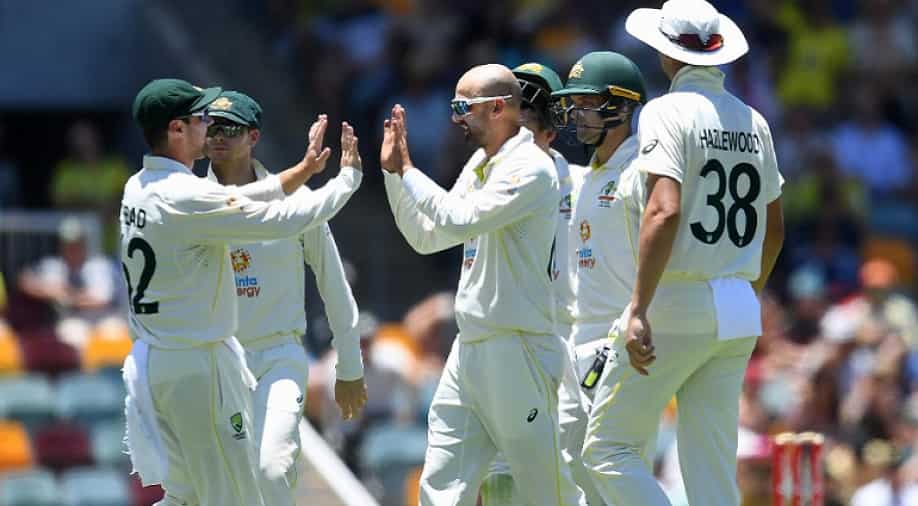 Australia will take on England in the second Test of the ongoing Ashes 2021-22 at the Adelaide Oval in Adelaide from Thursday.

Australia thrashed England by nine wickets in the series-opener of Ashes 2021-22 to get off to a winning start at The Gabba and take a 1-0 lead in the five-match series. It was a dominant performance from the Aussies, who proved yet again why Gabba is known as their fortress. Australia will be looking to make it two wins in a row when they take on England in the second Ashes Test at the Adelaide Oval in Adelaide beginning from Thursday.

Ahead of the start of the second Test, Australian spinner Nathan Lyon has made a bold prediction about Ashes 2021-22, backing Australia to register a 5-0 clean sweep against England. Lyon, who became the third Australian bowler to complete 400 Test wickets in the first Test against England, said there is no reason why the hosts can't pull off a 5-0 series win if they play the right brand of cricket.

“I do believe we can win 5-0 ... for sure. “I’ve never walked into a Test series thinking I’m going to go in there and lose a game. We’ll do everything we can. If we prepare well and play the right positive brand of cricket under our new captain, there’s no reason why we can’t win 5-0," Lyon told The Sydney Morning Herald.

“In saying that, England’s a classy outfit, and they’re going to challenge us here and there. With two pink-ball games now, we’re going to make sure we’re totally on our game," he added.

The second Test between the two sides in Adelaide is all set to be a pink-ball affair with England expected to go with an all-pace attack after left-arm spinner Jack Leach was taken to the cleaners in the first Test. Australia might also opt for only pacers in their bowling attack for the game, however, Lyon believes both teams should go with a spinner no matter how the wicket is.

“I’m always happy to play a spinner on no matter what wicket. The way I look at Test cricket, you just can’t pick your team for the first session of the Test. Test cricket is a long, challenging game, but I am expecting [Stuart] Broad and [Jimmy] Anderson to play," said Lyon.

"Whether they play a spinner or not, that’s not up to me. It is challenging but no doubt he’s a class bowler and he’ll bounce back. He’ll do his work and we need to make sure Australia is prepared. I don’t know what the Adelaide wicket is going to look like but I can guarantee it’ll be a cracking wicket in my eyes," he added.

Australia also have an injury concern in the form of David Warner, who copped blows on his body while batting during the first Test and has 'severely bruised ribs'. However, he is expected to return to full fitness for the second Test in Adelaide and open the batting for the hosts.