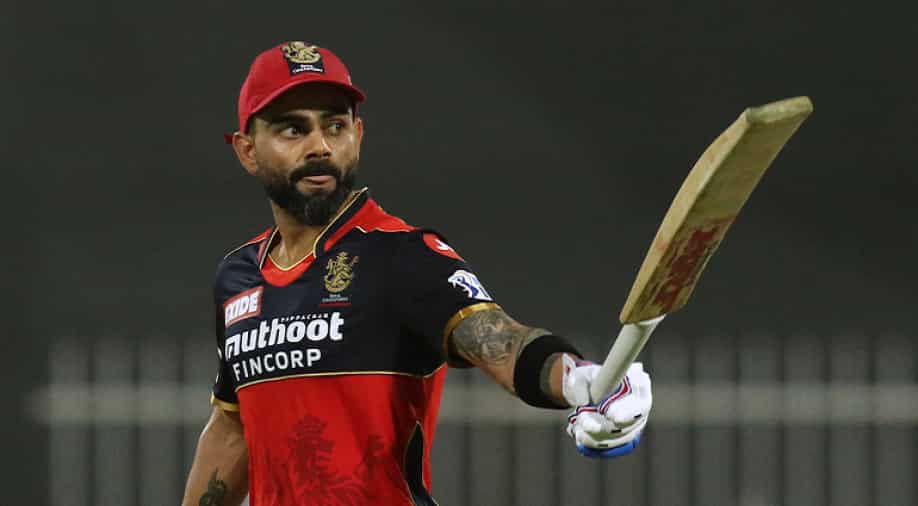 IPL 2021: RCB captain Virat Kohli shared a heartfelt note for the fans, on his official Twitter handle, after the three-time runners-up bowed out of the mega event in the UAE.

Virat Kohli's Royal Challengers Bangalore (RCB) did many things right in the IPL 2021 edition, however, the three-time runners-up bowed out of the mega event in the UAE after losing to the Kolkata Knight Riders (KKR) by four wickets in the Eliminator on Monday (October 11).

Opting to bat first, the Bengaluru franchise were off to a flier with a 49-run opening stand between Captain Kohli and Devdutt Padikkal. However, Sunil Narine's 4 for 21 restricted RCB to a modest 138-7. While Kohli & Co. gave a tough fight, they lost the battle in the final over as KKR edged past them with four wickets and two balls to spare, to setup a Qualifier 2 clash versus Delhi Capitals (DC).

After once again missing out on winning their maiden IPL championship, Kohli shared a heartfelt post for the ardent RCB fans worldwide and thanked the support staff and team management.

ALSO READ | 'He has give RCB that kind of profile....' - Sunil Gavaskar opines on Virat Kohli's RCB captaincy tenure

“Not the result we wanted but I am so proud of the character shown by the boys throughout the tournament. A disappointing end but we can hold our heads high. Thank you to all the fans, management & the support staff for your constant support. @RCBTweets,” wrote Kohli in the tweet.

Not the result we wanted but I am so proud of the character shown by the boys throughout the tournament. A disappointing end but we can hold our heads high. Thank you to all the fans, management & the support staff for your constant support. @RCBTweets pic.twitter.com/VxZLc5NKAG

For the unversed, Kohli also ended his tenure as RCB captain post their exit in the IPL 2021 edition. At the post-match presentation, an emotional Kohli said, "I have tried my best to create a culture here where youngsters could come in and play with freedom and belief. It is something I have done with India as well. I have given my best. I don't know how the response has been, but I have given 120% to this franchise every time, which is something I will now do as a player. It is a great time to regroup and restructure for the next three years with people who will take this ahead. [On him staying with RCB] Yes definitely, I don't see myself playing anywhere else. Loyalty matters more to me than worldly pleasures. I would be in the RCB till the last day I play in the IPL."

For RCB, there were many positives in the form of Harshal Patel's emergence (32 wickets), Glenn Maxwell and Yuzvendra Chahal's form, however, they couldn't produce a complete team performance in the Eliminator to bow out. They ended the season with 9 wins and 6 losses.