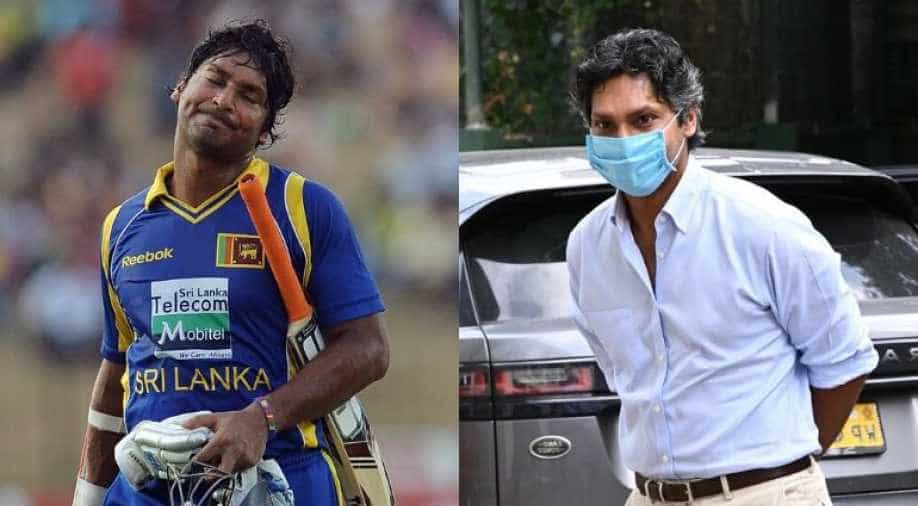 Protests were staged by the members of the Samagi Tharuna Balawegay while the interrogation was on. Demonstrations were held against the harassment Cricketer Kumar Sangakkara and 2011 cricket team.

Former Sri Lankan skipper Kumar Sangakkara was interrogated for about eight hours on Thursday by the detectives in a probe investigating claims that the final of 2011 World Cup was fixed.

Sangakkara, who was quizzed by the Special Investigation Unit (SIU), led the Sri Lankan side in the 2011 World Cup campaign.

After the gruesome interrogation, Sangakkara told the reporters that he had come here to give a statement because of his "responsibility" to the game and "respect for cricket".

Sangakkara went on to say: "I hope at the end of this investigation, the truth about the allegations made by (former sports minister) Mahindananda Aluthgamage will come out."

Protests were staged by the members of the Samagi Tharuna Balawegay while the interrogation was on. Demonstrations were held against the harassment Cricketer Kumar Sangakkara and 2011 cricket team.

Members of the Samagi Tharuna Balawegaya (@youthforsjb) are currently staging a protest outside the SLC against the harassment Cricketer Kumar Sangakkara and 2011 cricket team. #SriLanka #LKA #Matchfixing #ProtestSL via @kataclysmichaos pic.twitter.com/BfOr6tcsOK

Sri Lanka opener Upul Tharanga was the first player to be questioned by the authorities.

Sri Lanka posted 274/6 off 50 overs before India chased down the target courtesy Gautam Gambhir’s 97 and MS Dhoni’s unbeaten 91. Sri Lanka was criticized for their poor bowling and fielding as India won the match by six wickets.

Next in line is Mahela Jayawardene, he will be interrogated on Friday. Jayawardene was the vice-captain of the Sri Lankan team during the 2011 WC campaign and also scored a century in the much-talked finals.