Watch: Venezuela striker celebrates goal by proposing to girlfriend in the stands 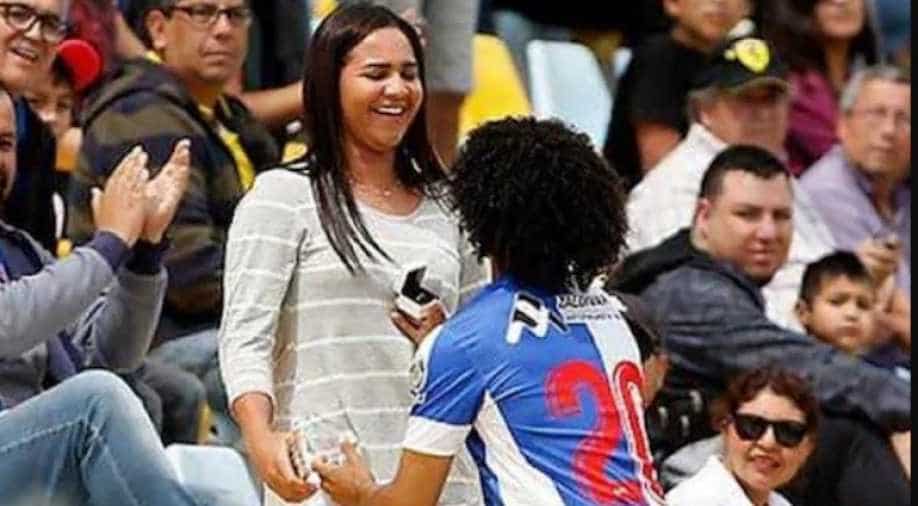 Bello got a ring from a member of the coaching staff, ran into the stands and proposed to his girlfriend.

Venezuelan striker gave a whole new meaning to goal celebration when he decided to propose to his girlfriend, who was cheering for him in the stands.

Eduard Bello, who plays for CD Antofagasta, scored in the second minute of the game against Chile's Everton and celebrated his goal in style.

The forward got a ring from a member of the coaching staff, ran into the stands and proposed to his girlfriend. Fortunately, his girlfriend said yes.

After receiving a round of applause from both sets of fans, Bello ran back onto the field. A video of the proposal is doing the rounds on several social media platforms.

Everton managed to fight back and took a 2-1 lead. But Bello once again took centre stage and found the back of the net for the second time in the match to draw his team level.

Later, Everton scored late into the match to snatch a 3-2 win.